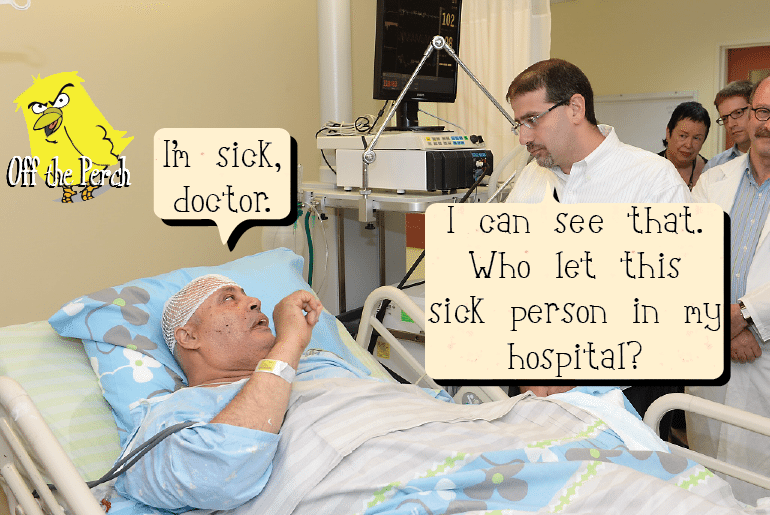 The Tories have announced today that they are extending plans to give a leg-up to those who are already a step above the rest – namely by introducing hospitals which only cater for the fabulously fit.

Of course, no one would argue that fit people don’t require top-notch medical care – just as no one is arguing that smart children don’t deserve excellent education. You would, of course, be forgiven for thinking otherwise on Twitter, where people keep saying things like the following (in what you imagine must be a very nasal and tedious tone of voice):

Sigh. Did you even go to a grammar school? Because if you had, you’d know that they’re actually really, really good.

As if the quality of them was the issue*, as opposed to the normalising of a two-tier education system in which those who don’t meet the cut attend learning shacks which are more like fight clubs with books than schools.

Unfortunately, however, the experts have come forward to point out that grammar schools have never led to the sort of social mobility that the Tories claim they will, and we all know what some people in this country think about experts.

This means that the Tories’ next move will be:

Ah – but sorry – this is supposed to be satire. My editor has just pointed out that we’re already refusing people health care on the basis that they’re not very healthy and timidly accepting that the rich play at tax avoidance as if it was 21st-century polo. And we’re all fully aware that the government has spitefully underfunded Labour councils to bolster the ones which belong to themselves.

Of course, people always find a way to justify this utterly selfish sh*t, but eventually we’re going to get to a point at which the only people with a chance of getting by are hereditary millionaires with a genius-level IQ and a Mo Farah-level BMI.

So yes – it’s yet another example of how hard it is to satirise UK politics right now, and how easy it is for the Tories to take your wallet with one hand and punch you in the face with the other.

*Although it should be pointed out that if the people peddling these straw-man arguments actually did go to grammar schools themselves, the supposed benefits aren’t showing up in their debating skills.