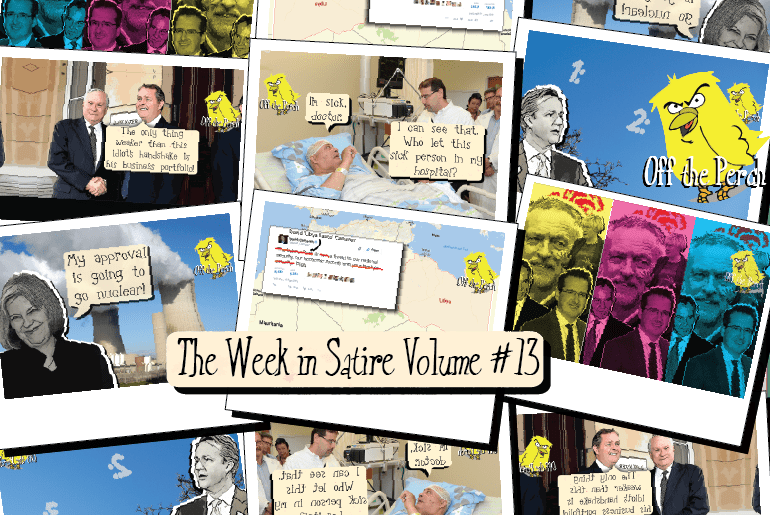 A week which saw David Cameron resign (again), Theresa May fail to provide an answer to the question “why grammar schools?” (again), and Nigel Farage come out of retirement to tell UKIP that we need to get out of the EU (again – although to be fair – there is a chance that we won’t leave simply because no one seems to know how). 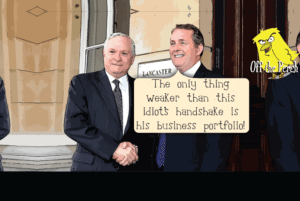 Secretary of State for International Trade Liam Fox tried to get fired over the weekend in a display of incompetence so flabbergasting it was only matched by the last thing that this apparently ironic government perpetrated.

It is currently Fox’s job to sell the UK as a trading nation around the world. What he actually did, however, was describe UK businesses like this:

The UK’s senior trade official broadcasting to the world that our corporations are operated by idle, feckless, has-beens is like an individual setting up a dating profile that makes it clear they won’t:

c)  Hang around after the McDonald’s has been paid for.

Skywriters all over the UK have taken to the skies this morning to honour the passing of David Cameron’s political career – namely by writing his achievements in smoke.

In fact, there are so many skywriters taking part that no matter where you are in Britain, you should be able to see their work.

Just go to your window and look now.

Can you see them?

Can you see the list of all his f*cking achievements?

Gasp at how comprehensive it is. 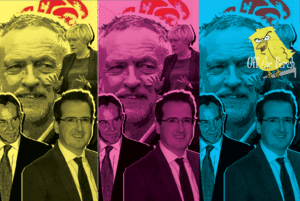 Regular readers may recall that Off The Perch ran a poll asking who you’d like to see leading the Labour Party. We even made not being a candidate, or indeed not being alive, no barrier to election. The results were fascinating and revealing, but unfortunately we dropped one very significant bollock.

In an attempt to keep him quiet, we got our irritating right-wing intern Frank Lee-Bull* to oversee the poll. We assumed he would just count the votes, but like a total busybody he decided to completely take charge. Apparently, as soon as we’d left him in his office, he was on the phone to Iain McNicol at Labour HQ asking for advice on how to set up a compliance unit.

As a consequence, the number of eligible votes in the OTP poll has been slashed from 2,268 to just 13. The compliance unit has released a small sample of reasons given for suspensions. Trevor Kidney from Lewisham was banned after writing a TripAdvisor review in which he described a stand-up comedian at The Comedy Store as: 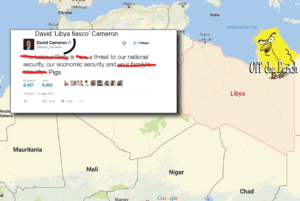 The former Prime Minister and national security aficionado David Cameron has come forward today to make us all aware of the latest threat to our safety – namely, David Cameron himself.

This is what Captain Dave Security had to say while simultaneously trying to perform a citizen’s arrest on himself:

As I was explaining, no one is more interested in national security than myself, and when I read the report into the colossal cock-up that I made in Libya, I knew that something had to be done – UNHAND ME, YOU SWEATY, SAUSAGE-FINGERED PIE!

At this point, the former PM produced a red-hot branding iron that had the words ‘TERRORIST SYMPATHISER’ moulded into it – a brand which he then attempted to brand himself with, even as he furiously fought against himself doing so: 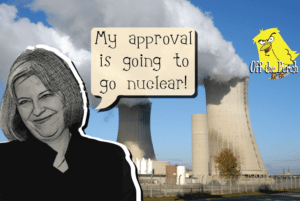 When Theresa May sidled her way into the prime ministerial role, it was expected that there would be a radical departure from George Osborne’s foreign investment philosophy.

To highlight the differences between Osborne and May’s approaches, imagine if you will an apartment – an apartment which represents the UK’s infrastructure. George Osborne’s attitude towards renting this apartment out was to:

Theresa May, however, theoretically wanted to rent out said apartment in a manner which involved us actually being paid rent, and didn’t involve us having to make regular insurance claims because the thing kept burning down.

This is why, as soon as she became Prime Minister, May put Hinkley into review – to put her foot down and show that she wouldn’t just accept any old deal for the sake of accepting any old deal.

The Chinese government responded with the following message: 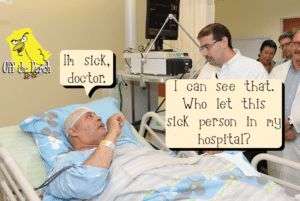 The Tories have announced today that they are extending plans to give a leg-up to those who are already a step above the rest – namely by introducing hospitals which only cater for the fabulously fit.

Of course, no one would argue that fit people don’t require top-notch medical care – just as no one is arguing that smart children don’t deserve excellent education. You would, of course, be forgiven for thinking otherwise on Twitter, where people keep saying things like the following (in what you imagine must be a very nasal and tedious tone of voice):

Sigh. Did you even go to a grammar school? Because if you had, you’d know that they’re actually really, really good.

As if the quality of them was the issue, as opposed to the normalising of a two-tier education system in which those who don’t meet the cut attend learning shacks which are more like fight clubs with books than schools.