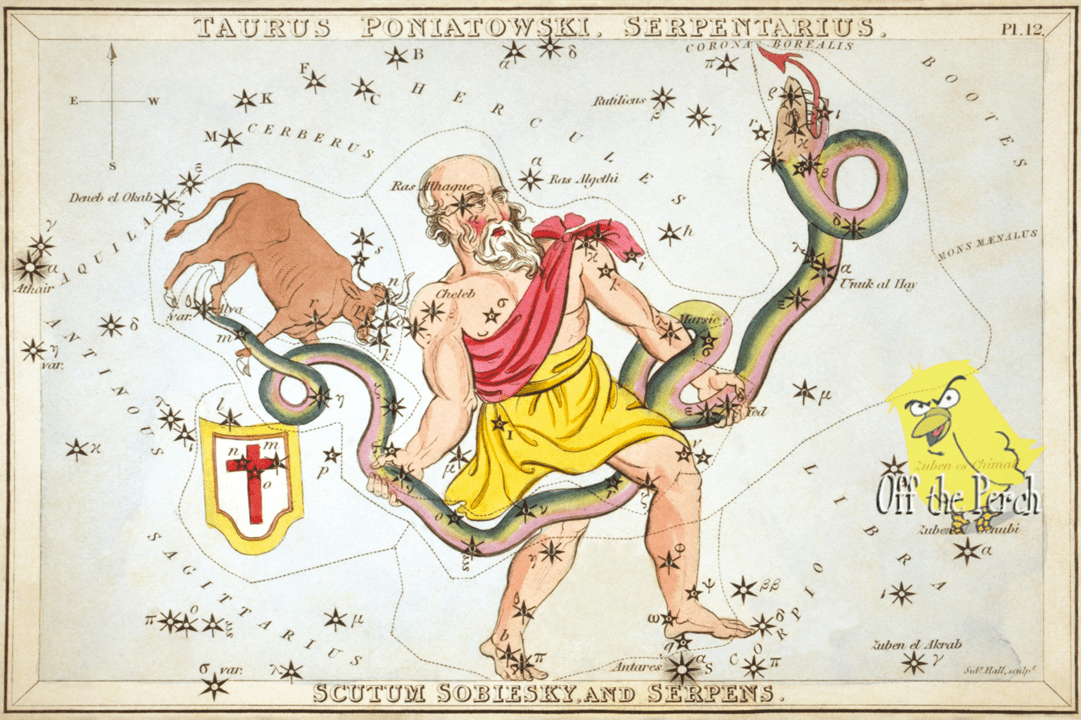 In the aftermath of what some now know as ‘The Horoscope Hiatus’, millions of people across the globe have woken up with character traits entirely different from those they’d previously displayed, in some cases for the entirety of their lives.

It’s been especially confusing for those born between 29 November and 17 December, who have now been assigned the profile of ‘Ophiuchus’ – an old man grinding with a snake.

“For a start, I can’t even f*cking say it,” seethed Derek from Braintree – a disgruntled former Scorpio:

Before, I knew what I was about. I was a right spiteful b*stard, lashing out at everyone. Either verbally, or with a taser. I was a scorpion, for God’s sake! It was expected of me. What the f*ck am I now? That geezer looks like a complete nonce.

For any facing a similar linguistic debacle, it’s pronounced ‘Off-ee-oo-kus’.

Alternatively, the following video may be useful. (It’s certainly a great watch.)

Some others, such as Jamie from Chelsea, are more enthusiastic about their new identity:

Clearly the snake is a euphemism for penis. I have a penis. A large penis. Everyone shall know it.

Off The Perch asked Jamie what he thought it meant for females born under the star sign. He replied:

I dunno… they all want my penis?

But on the whole, poor confused ‘Ophiuchi’ can mostly be found walking around aimlessly, bumping into things.

World governments have reacted quickly. Reading material is being widely distributed to those falling under the new ’13th zodiac sign’, many of whom have reported symptoms of panic, confusion, memory loss, nausea, and periodic toe mucus. The handy Latin guide, provided by the First Century Roman astrologer Marcus Manilius, explains (translated by Google):

Ophiuchus holds apart the serpent, which with its mighty spirals and twisted body encircles his own, so that he may untie its knots and back that winds in loops. But, bending its supple neck, the serpent looks back and returns: and the other’s hands slide over the loosened coils. The struggle will last forever, since they wage it on level terms with equal powers.

Erm… ok. That clears that up. 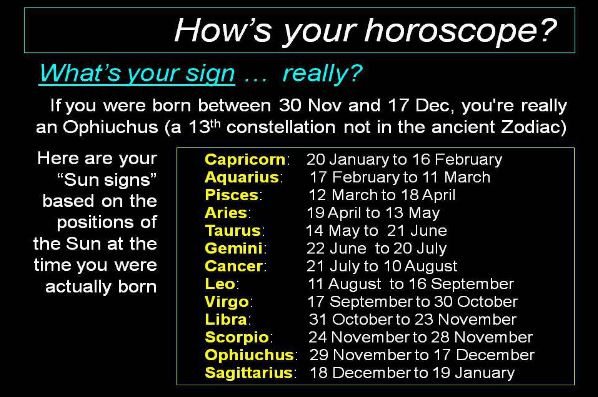 “It’s gonna mean some major lifestyle changes,” commented Vivian from Dorking, formerly a vegan, now traumatised by the idea of having to walk backwards and forwards instead of sideways.

Among the most furious are those who consequently have the wrong zodiac sign tattooed on their shoulder/backside/calf.

In light of the pressing catastrophe, Off The Perch was able to speak to the Head of NASA on the telephone, the honourable Captain G. Ullible. When pressed for comment, he issued the following urgent statement:

Who are you? This has nothing to do with science, you morons. Stop wasting my time.

We thanked Captain Ullible for agreeing to speak with us. He responded: “Bite me.”

Fear not, it’s all nonsense

(The new star sign… not Astrology in general. That sh*t is watertight.)

No. In fact, it turns out the whole thing was just a misunderstanding on the part of Cosmopolitan magazine, which mistook a post aimed at children for a ‘genuine’ post regarding the important science of astrology. In a very short time, the dimensional shift was re-balanced, and citizens all over the world relaxed back into their more acclimatised stereotypes.

The only people disappointed were Libras, who’d been very excited at the prospect of being identified as something more interesting than a set of weighing scales.