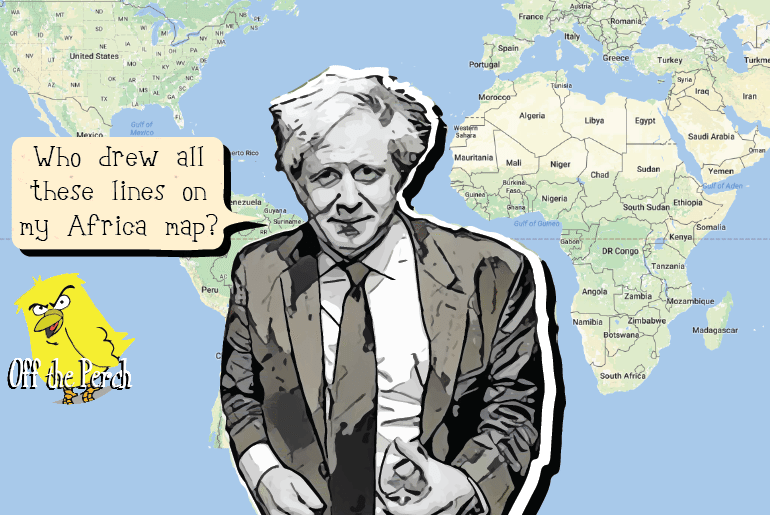 Following a speech by the Foreign Secretary in which he referred to the continent of Africa as “that country”, Boris Johnson’s world knowledge has once more been drawn into question.

Is world knowledge really a skill that the Foreign Secretary needs? Or indeed any knowledge? pic.twitter.com/8RypgIWoUT

This is a little bit unfair, though, as he’s only been the Foreign Secretary for a few months, and he’s barely had chance to scratch the surface of The Early Learning Centre World Encyclopedia that the PM is making him read. If this had been a few months ago, Boris would very possibly have referred to Africa as “that deodorant by Lynx” or “that smash hit by Toto”.

People in Britain’s former African colonies, however, have reacted with far less than the grace and humility that our ancestors tried to bludgeon into them – which really makes one wonder why we bothered invading them in the first place? You know – other than for all of the wealth that we pilfered?

People beyond the ex-colonies have also piped up, with Desmond Tutu commenting:

I don’t know why they put that moron in charge of foreign affairs. Although I suspect it is because they are all idiots too.

At this point, the British Ambassador pointed out to Mr Tutu that he probably meant “British politicians” as opposed to “morons” or “idiots”. The former archbishop responded by saying:

Another concern is that Theresa May is saying we must look beyond Europe to find economic success, and yet the person we have put in charge of seeking out foreign relations is…

…actually a bit of a racist, foot-in-mouth buffoon, who’s as likely to improve our international prestige as the outbreak of foot-and-mouth disease did.

Although other than his complete unsuitability for the role – to the point that he may actually be undermining us at every turn through his sheer force of repellence – he’s pretty much the ideal man for the job.