How did Labour antisemites survive the annual summer purge? 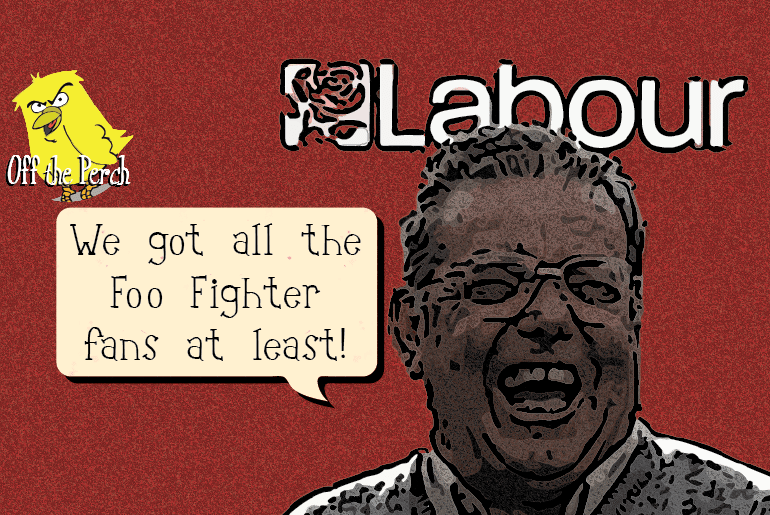 Following the publication of a cross-party report into antisemitism, political commentators are staring at the Labour Party again. Despite what Jeremy Corbyn has himself pointed out:

Although the Committee heard evidence that 75 per cent of antisemitic incidents come from far right sources, and the report states there is no reliable evidence to suggest antisemitism is greater in Labour than other parties, much of the report focuses on the Labour party.

Regardless of whether or not there has been an attempt to deliberately smear Corbyn, the fact is that antisemitism is a serious issue which cannot and should not be ignored. It also cannot be said enough that the only acceptable percentage of antisemites within the Labour Party is 0%, and that any person who holds such views should be promptly and permanently removed.

Which makes you wonder why they didn’t remove them all this summer when they conducted one of the most rigorous membership purges in recent history?

Off The Perch (OTP) spoke to one of the Labour NEC’s chief purgemeisters (CPM) to find out how they could have made such a glaring oversight:

OTP:          “You went through all of the Labour members’ social media accounts, right? So why didn’t you purge all of the antisemites along with the people who used the word ‘green’ in a sentence once?”

OTP:          “Oh, okay. So how do you know that these antisemites exist within the Labour Party then? Because according to this new report, it’s actually social media which has given rise to them.”

CPM:          “Oh, sorry – I misspoke. It’s actually because Jeremy Corbyn and Shami Chakrabarti failed to give us the proper rules and definitions which would have allowed us to purge these people.”

OTP:          “Well that sounds reasonable. Except – hey – did you have rules which specifically gave you the power to purge people based on a fondness for 90s rock-combos? Or were you actually just allowed to operate with a broad and unusual degree of freedom which meant you could essentially remove people for any reason you saw fit?”

CPM:          “Yes there are specific rules against Labour members showing support for the Foo Fighters.”

CPM:          “Damn! I mean… err… sorry – I misspoke again. What I meant to say was that we actually didn’t get to review the antisemitic members, because they never gave us their social media accounts.”

OTP:          “Well that was wily of them. So how do you know that these antisemites on Twitter are actually Labour members at all?”

OTP:          “If they’re using anonymous profiles and they didn’t give you their info, then how can you be sure that they’re even members?”

OTP:          “And you’re just going to trust the word of some anonymous antisemites, are you? Surely you should draw up a list of these people and disseminate it to your members – i.e. your own people? You know – to make them aware of the problem, and to instruct them not to engage?”

*CPM MUMBLES SOMETHING ABOUT THESE TWATS NOT BEING HIS PEOPLE*

CPM:          “Err, nothing. But I’m just remembering that we must know about these antisemites, because John Mann has a secret dossier on them.”

Apparently some people have seen no Labour Party anti Semitism ever. I will publish crap I have, with names, with no hold barred . Lots.

OTP:          “He does, does he? So why hasn’t he released it? If he is actually serious about dealing with the problem, and not just using it as political capital, as some people have suggested Labour MPs are doing? And why didn’t he give you this information to aid your purging?”

CPM:          “I don’t know, but we did remove all of the Dave Grohl fans anyway. So that has at least saved us from having to do a cross-party review into that.”

So there we have it. The Labour Party top brass can purge you for having re-tweeted Russell Brand in 2008, but are entirely powerless to remove the antisemites they claim are operating in plain sight on social media. It’s almost as if maintaining this small number of awful, awful people is in some way beneficial to them.