Right-wing media outlets to apologise in advance for lying - Canary 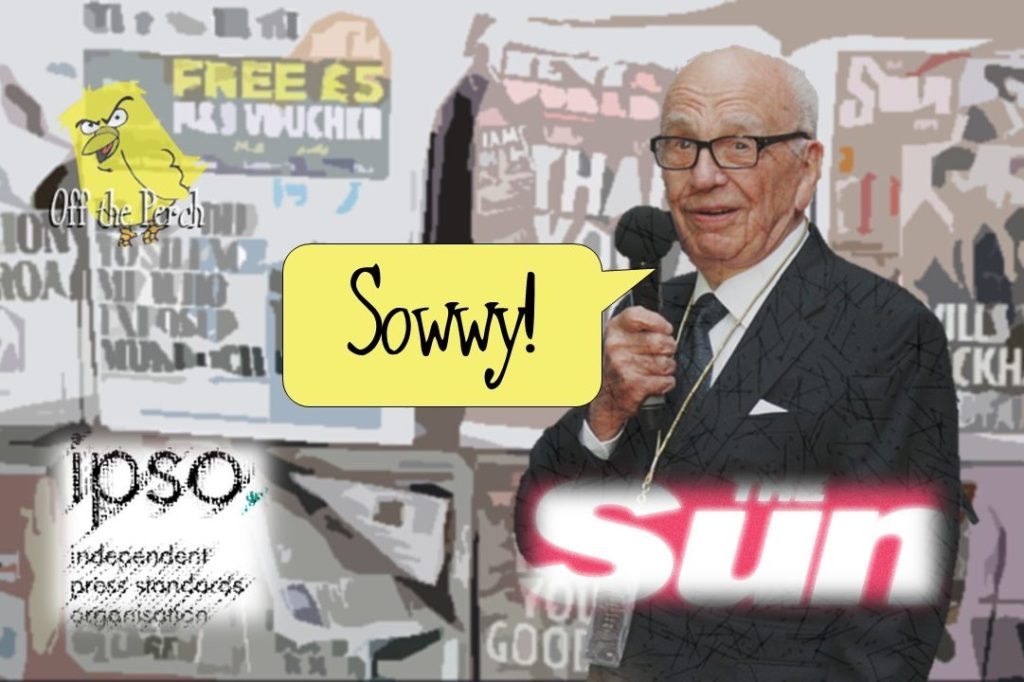 In July, Off The Perch was required, under a new government wheeze, to employ at least one right-wing writer. As you might expect, we welcomed Frank Lee-Bull to the team with the enthusiasm of a Buddhist monk at a Wetherspoons. But in the interests of fairness and balance, here’s his latest exposé on the secret honesty of the corporate media.

To stave off criticism from the Political Correctness (PC) Brigade, Britain’s biggest media names have now released their genius all over our faces once again. Their master stroke this time? Apologising in advance so that corrections are no longer forced upon them at a later date like an unwanted toilet plunger.

In recent months and years, my wonderful chums at the UK’s leading media outlets have come under more stick than an unwashed festival-goer building an impromptu bonfire at Glastonbury. Why? Heaven knows. For decades, the media has tried to represent tradition; to protect the masterful legacy of Blighty’s uniquely entrepreneurial spirit. Whether that’s by taking India’s tea to where people truly appreciate it, or by taking taxes to remote islands to direct them more effectively towards important matters like polo and caviar.

Brexit was the final straw!

‘Fact’-checking PC-Brigade chief Hugo Dixon slammed a series of “significantly misleading” articles in the run-up to June’s EU referendum. And he nodded strongly in the direction of patriotic pro-Leave papers like The Daily Mail, The Sun, The Express and The Telegraph. The Independent Press Standards Organisation (IPSO), he said, had failed to deal with these stories adequately. Only small corrections appeared; and without the front-page prominence of the original pieces. He also re-moaned about how most complaints were only resolved after the referendum results were in.

In order to shut moaners like Dixon up, a committee of Mail, Sun, Express and Telegraph chiefs met in their luxury Caribbean cave. In total darkness and away from the prying eyes of PC scrutineers, they discussed how they could carry on ‘lying’ (as lefties like to call it) without being trolled so much by the evil IPSO. And their plan was to take a leaf out of the jungle book of big business; to use small print!

So from now on, to silence the voices of those annoying little veggie-rats who treat ‘experts’ like gods and ‘facts’ like nutritious and animal-friendly tofu burgers, there will be corrections on the same page as the ‘misleading’ headlines; just in very tiny letters.

And I say jolly good show, fellas. A lovely old walloping for all that PC ‘truth’ poppycock.

See an example of the new format below (paper title obscured to prevent lasting damage to readers’ eyes): 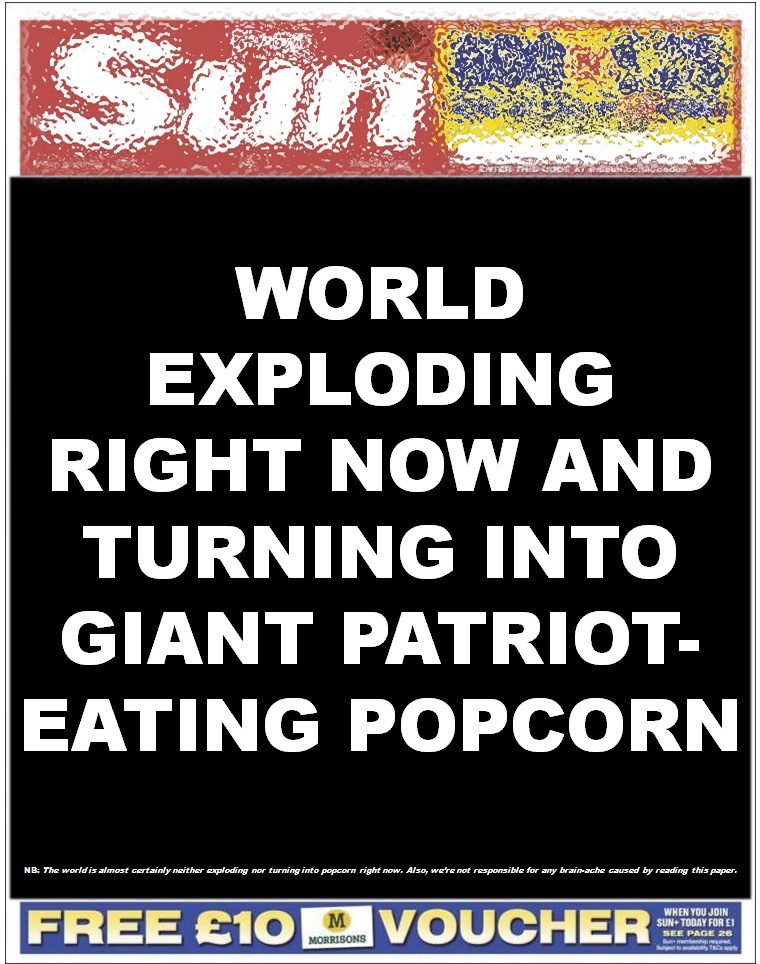 [Ed’s note: Frank probably won’t be going anywhere unless we elect a British government that doesn’t take delight in japes like throwing cats at passing European ships. So please, help us get rid of him by kindly injecting your cross into a different box at the next election. Thank you.]