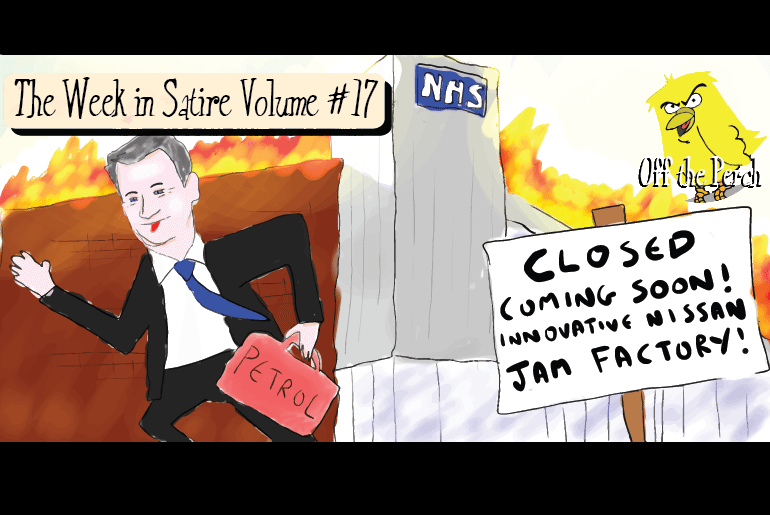 A week in which showing compassion for other human beings became a potentially sackable offence, in which the internet was offline FOR A WHOLE 20 F*CKING MINUTES!, and in which if it happened at all, you can bet your bottom dollar that Russia was behind it. 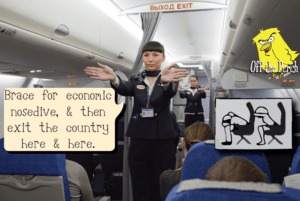 Despite having apparently been ignored, spurned, and ridiculed by 52% of the British population, a number of ‘experts’ have put together a safety pamphlet on how to survive Hard Brexit.

Originally, this group attempted to release the advice through a third-party – knowing full well that people today have an aversion to things like expert advice, quantifiable evidence, or common f*cking sense. This is why it was actually some random guy on social media who originally released the information.

Unfortunately for the experts, however, simply being an indiscriminate loud-mouth is not enough. You also have to say things which 100% support people’s beliefs. Very much like how you avoid telling your toddler that Father Christmas isn’t real, because you know that they’ll be a d*ck about it afterwards.

Unfortunately, we weren’t able to get hold of a copy of the original pamphlet because they were all torched at a mass book-burning in Thanet. What follows is the information as was described to us by an expert online. 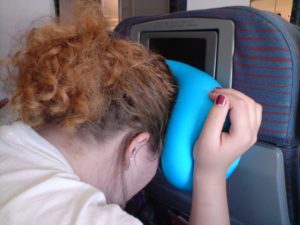 As a result of Brexit, the pound may go into a steep nosedive. If this happens, you should immediately go into the brace position and stay there until sterling stabilises. Not because there’s going to be a literal impact, but simply because it will prevent you from freaking out and panic-buying Ben & Jerry’s. And this is very important, because you’re going to need all your money later on to use as fuel. You won’t be able to burn the coins, obviously, but you will be able to use them as projectiles to ward off mutants. Which is also very important, because these mutants will be relentlessly trying to steal all of your rocks. And you can’t be having that, because you’re going to need all those rocks for sustenance and entertainment. 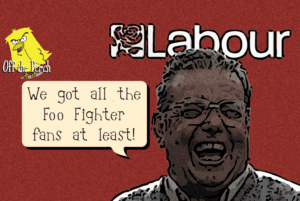 How did Labour antisemites survive the annual summer purge?

Following the publication of a cross-party report into antisemitism, political commentators are staring at the Labour Party again. Despite what Jeremy Corbyn has himself pointed out:

Although the Committee heard evidence that 75 per cent of antisemitic incidents come from far right sources, and the report states there is no reliable evidence to suggest antisemitism is greater in Labour than other parties, much of the report focuses on the Labour party.

Regardless of whether or not there has been an attempt to deliberately smear Corbyn, the fact is that antisemitism is a serious issue which cannot and should not be ignored. It also cannot be said enough that the only acceptable percentage of antisemites within the Labour Party is 0%, and that any person who holds such views should be promptly and permanently removed.

Which makes you wonder why they didn’t remove them all this summer when they conducted one of the most rigorous membership purges in recent history? 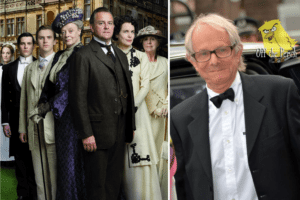 ITV bosses have announced details of a feature film spin-off of their staggeringly successful Downton Abbey series. But in a move which has wrong-footed both film critics and Downton fans, they’ve chosen the acclaimed master of gritty social realism, Ken Loach, to direct.

Movie buff Clive Pearl-Dean spoke to Off The Perch and summed up the general sense of bemusement:

This has come as a bolt from the blue. Only this week, Loach has been bemoaning period dramas like Downton, saying that they’re just fatuous escapism and ‘the opposite of what a good broadcaster should do’. It seems a bit rich that he’s now jumping on the Downton gravy train.

But a source from within the Loach camp has informed us that the I, Daniel Blake director will be stamping his distinctive mark on the beloved slow-moving Sunday evening staple. In fact, it’s going to be even less recognisable to followers of the TV series than is usually the case with spin-offs:

Ken doesn’t want to pass up this opportunity to infiltrate his grassroots socialism into the minds of Middle England. So he’s going to jump the setting forward just over ten years and centre the plot on a new chauffeur inspiring the staff to sign up for the International Brigades in the Spanish Civil War. This way, we can avoid doing any filming at all at Highclere Castle, because Ken gets very irritable around stately homes. And it’s warmer in Spain. 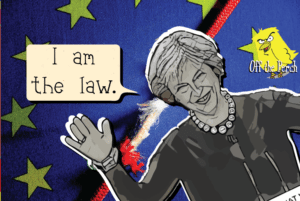 Referendum ‘about as legal as anything else we’ve done’, shrugs Theresa May

People who strongly believe that we should stay in the EU were pleased to discover that David Cameron’s government officially declared that referendums:

Theresa May was quick to respond to this, however, by explaining that she is:

And that her government will:

Do whatever we like for as long as you bottom-feeders keep voting for us.

If I could smother you all to death in used nappies, I would. God, I hate you.

At this point, an aide informed the PM that we were not one of the rent-a-plebs that she hires to vent all of her prole-hatred on. And we promptly ran off before she could make good on her threats. 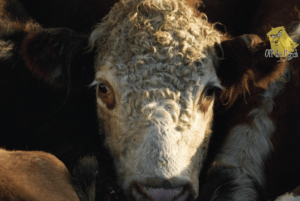 The Tory MP David Davies has expanded on his proposal to scan refugees’ teeth by calling for the implementation of migrant cattle markets.

Davies previously made controversial comments about children when he claimed that most parents would not want a homosexual child. He actually intended those comments as an opposition to gay marriage too, which suggests that Mr Davies understands human reproduction about as well as he understands human compassion.

And now, Davies claims that the UK is at risk of exhausting its hospitality. But this seems like an odd thing to worry about, as said hospitality seems to have already run dry. Unless of course your idea of hospitality includes: 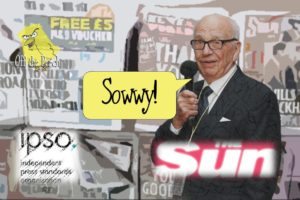 Right-wing media outlets to apologise in advance for lying

In July, Off The Perch was required, under a new government wheeze, to employ at least one right-wing writer. As you might expect, we welcomed Frank Lee-Bull to the team with the enthusiasm of a Buddhist monk at a Wetherspoons. But in the interests of fairness and balance, here’s his latest exposé on the secret honesty of the corporate media.

To stave off criticism from the Political Correctness (PC) Brigade, Britain’s biggest media names have now released their genius all over our faces once again. Their master stroke this time? Apologising in advance so that corrections are no longer forced upon them at a later date like an unwanted toilet plunger.

In recent months and years, my wonderful chums at the UK’s leading media outlets have come under more stick than an unwashed festival-goer building an impromptu bonfire at Glastonbury. Why? Heaven knows. For decades, the media has tried to represent tradition; to protect the masterful legacy of Blighty’s uniquely entrepreneurial spirit. Whether that’s by taking India’s tea to where people truly appreciate it, or by taking taxes to remote islands to direct them more effectively towards important matters like polo and caviar. 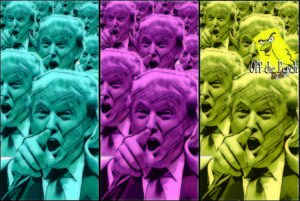 What would President Trump wage war on first? [POLL]

At this point, Donald Trump’s presidential campaign in the US seems to be grinding to a halt with all the sweaty grace of a malfunctioning kebab rotisserie.

But what if people simply cannot muster the energy to go out and vote for Hillary Clinton? What would President Trump wage war on first?