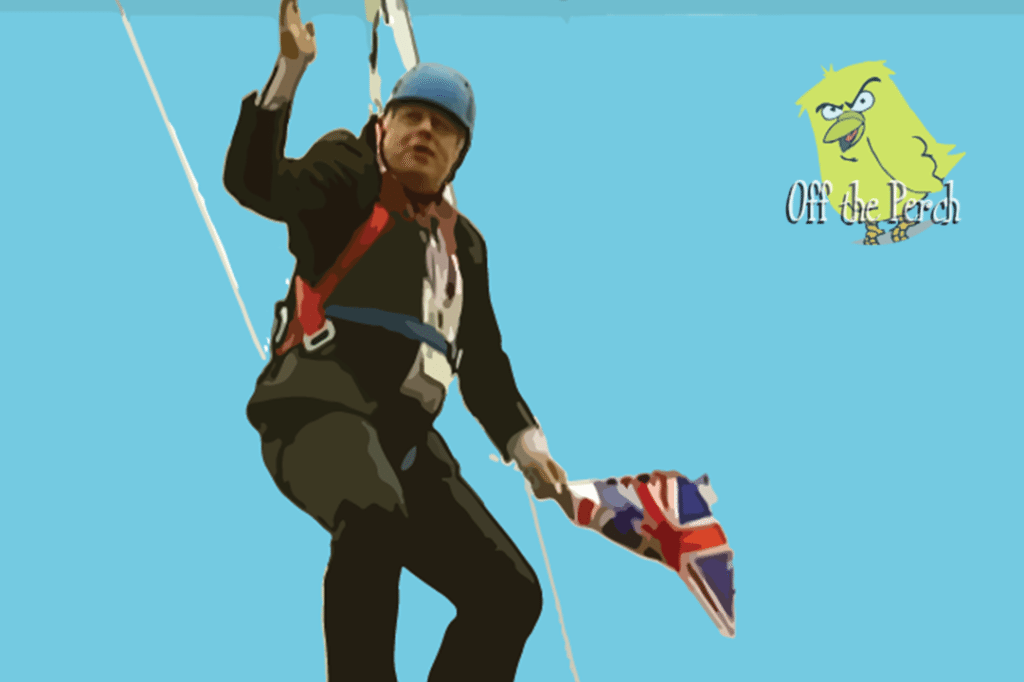 In a crowd-pleasing speech when he was elected as MP for Uxbridge, Johnson restated his opposition to the nearby airport getting any bigger. Going beyond the usual cautious rhetoric of politicians, he said he would lie down “in front of those bulldozers and stop the building, stop the construction of that third runway”. Stirring stuff. In fact, some people are already queueing up to watch Boris in action.

But Off The Perch understands that Johnson’s plans are going to require a bit of a tweak. The government’s headmistress, Theresa May, has put together a complex set of rules for ministerial behaviour on the Heathrow question. The limitations will allow Johnson to describe the new runway as “jolly rotten”, but will prevent him lying down on it.

As a result, Johnson and his team have hatched a scheme to rig a zip wire across the proposed construction zone. This will enable Boris to relive his greatest moment, dangling uselessly while the bulldozers trundle beneath his feet. It will “make a statement”, they claim, while allowing everything to carry on exactly as before. Also, it will make Johnson very visible and the centre of attention, which is what he lives for. Crucially, Johnson will be able to remain in the cabinet and only look like an averagely massive hypocrite. Even Zac ‘I can’t be bought, except for £35,000‘ Goldsmith has had the decency to resign over Heathrow.

Of course, should Johnson proceed with his act of dangly activism, he may have cause to thank May for another occasion when she stopped him doing what he wanted. When he bought three knock-off water cannons in a drunken eBay spree, May said he mustn’t use them. Subsequently, new London Mayor Sadiq Khan has put them into a youth club raffle. Which is kind of a shame. As the sight of Boris swinging about in a jet of water really would have drawn a crowd.