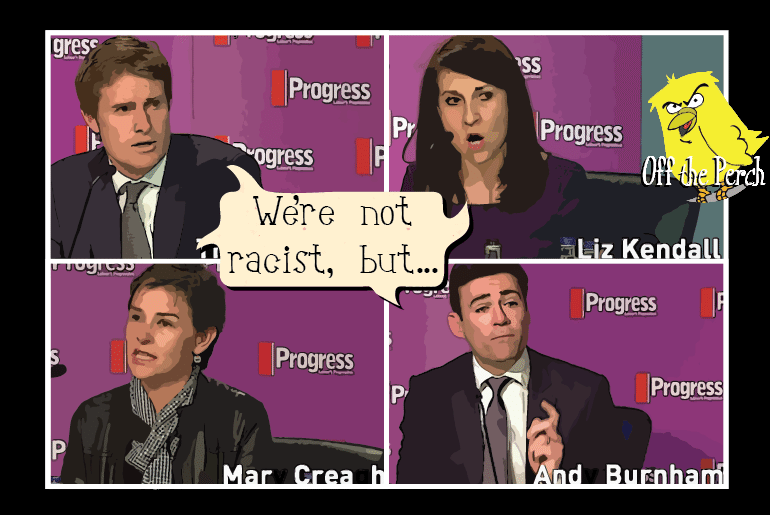 There was a motion in parliament the other day on whether or not the UK should stop supporting Saudi Arabia’s offensive in Yemen. In particular, this vote centred on whether or not we should stop selling them weapons. Especially as Yemen is descending into famine. And the conflict has quadrupled al-Qaeda terror. And Saudi Arabia is using illegal weapons that they bought from us at some point. And they’re committing war crimes. All of which we’re whitewashing to sell them more weapons.

Facts which have undoubtedly left you thinking:

Good lord, that sounds f*cking horrible. Well obviously we shouldn’t be selling them weapons. In fact, if they weren’t so eager to buy things from us, they’d probably be the sort of country that we launched an ill-thought-out military quagmire against!

What you may not realise, however, is that the motion was tabled by the terrorist-sympathising hate-wanker, Jeremy Corbyn! And so obviously the progressive forces of moderate politics had to group together to ensure that the Conservatives were able to carry on dealing death to their murderous, war-bastard buddies.

Unfortunately, this has led to some suggesting that Angela Eagle, Tom Watson, Dan Jarvis, Andy Burnham, Liz Kendall, Tom Blenkinsopp and nearly 100 others are racist. The insinuation being that anyone who puts their careerist intentions before the lives of foreign civilians demonstrably holds other ethnic groups in murderous contempt.

But these sh*t weasels MPs disagree with that assertion. So we invited them to come in and anonymously explain their opportunism thinking:

When we abstained on this motion we sent out a very clear message – much like when we abstained on the Tory welfare bill – and that message is that we don’t have a strong opinion one way or the other. And it’s very important that we don’t have strong opinions, because it allows us to simply say whatever people want to hear when the general election rolls around. To blow in the wind if you will. Which I assume is the sort of politics that people still crave in 2016. Right? You know – the blatantly opportunistic and vacuous kind. It’s certainly what people wanted in the early 2000s, and that was a great time for us, so why wouldn’t people want that now?

What was the question again, sorry? Oh yes – how are we not racist? Well, because we’re not. We’re not anything. We’re just there – waiting for people to project their opinions on to us. And if people want to project racist intent, we can hardly be blamed for that, can we? You don’t blame the cinema screen for the movie.

As long as the Tories are in power, they’re going to keep selling arms to Saudi Arabia. And we should know, because we sold arms to them for as long as we were in power too. We’ll probably ask them to tone it down a bit when we get back in power, though. Probably.

Well, it’s like the story of the good Samaritan, isn’t it? Because in that story there was this mugging bastard who represented evil, and there was this Samaritan who represented good. What people forget is that the people who walked by without stopping represented neutrality, and neutrality is almost as good as being good, but without the risk of being branded a ‘do-gooder’ by the sort of people whose opinions you might otherwise hold in contempt. At least I think that was the moral of it anyway. I’m not missing the point of that story am I?

Well I don’t want to say that we’re not racist, as racism seems to be quite popular again. But I will shrug my shoulders and look vaguely non-committal for a bit.

CORBIN IS AN EXTREMIST-LUVIN TERROR-PR*CK AND THE SOONER WE GET SHUT OF THAT BEARDO COMMIE BUM-PLUG THE SOONER WE CAN BOMB HIS MATES BACK TO 2003!!!!

So there we have it. They’re not supporting the murder of another ethnic group, because they didn’t actually vote for it. Although by abstaining on the motion, it did fail. So make of that what you will.