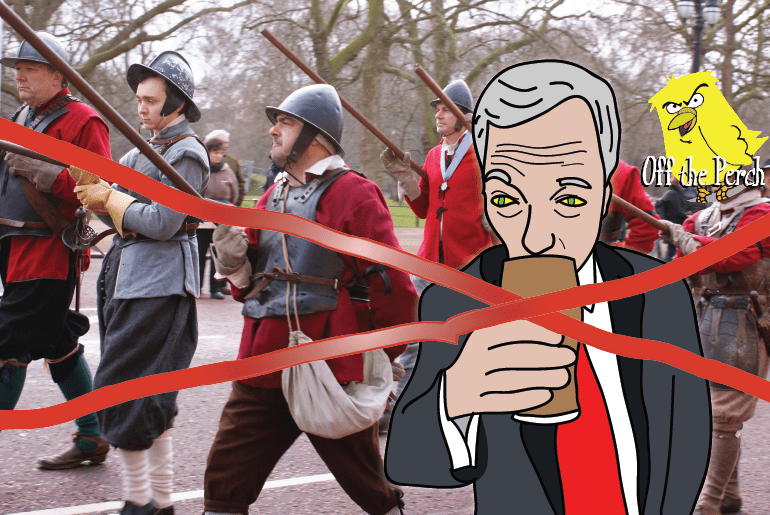 When High Court judges agreed that parliament must have the sort of sovereignty that Brexiteers have been crying out for, several prominent right-wingers were weirdly unimpressed.

This is obviously very strange, as Brexit was allegedly about enforcing the powers of UK parliament. And not (as one lawyer described Theresa May’s actions) an attempt to use regal powers to:

reverse the result of the English Civil War.

Almost as if the Brexiteers didn’t want UK sovereignty, so much as they simply wanted to get their own way.

This strange behaviour continued throughout the day, and several politicians made comments which vaguely seemed to support insurrection:

I now fear every attempt will be made to block or delay triggering Article 50. They have no idea level of public anger they will provoke.

Unelected judges calling the shots. This is precisely why we voted out. Power to the people! https://t.co/TocS1bJnEM

And if it comes down to Peers – v- People, the House of Lords will not survive for long. 2/2

Eventually, Nigel Farage stopped beating around the bush, and he took to the roof of his Vauxhall Astra to drunkenly call for civil war in a Beefeater car park:

They’ve gone and f*cking f*cked it up haven’t they! Because instead of ramming Brexit through like I said we should… Instead of getting everyone to line up on the White Cliffs of Dover and moon those continental garlic-Nazis back to the stone age… They’ve let a load of openly gay fencers decide what’s what, and now everything’s f*cked!

So that’s it innit – civil war! Muskets out for Nigel!

Although he was explicitly “well up for it”, he did also slip off his Astra and knock himself unconscious. This meant the revolution would have to wait until the morning. Unfortunately, by the time Farage came round, the EU had gotten wind of his patriotic initiative, and passed a series of authoritarian terror-laws banning the practice of civil war.

UKIP quickly discovered a work-around, realising it was perfectly legal to re-enact the original civil war. In fact this re-enactment would carry exactly the same legal weight as an advisory referendum. Later on, when they’d acquired the permits and pertinent safety equipment required to perform the re-enactment, Nigel looked down at the health & safety attire he was encased in and shouted:

What have I become? I’ve become everything I despise!

He then proceeded to give Douglas Carswell a rubber sword-bashing for the road, before promptly running off with his Article 50 between his legs.

And although Farage ended up realising he’s a hypocritical toad for all the wrong reasons, his toad-faced hypocrisy has now at least been acknowledged.