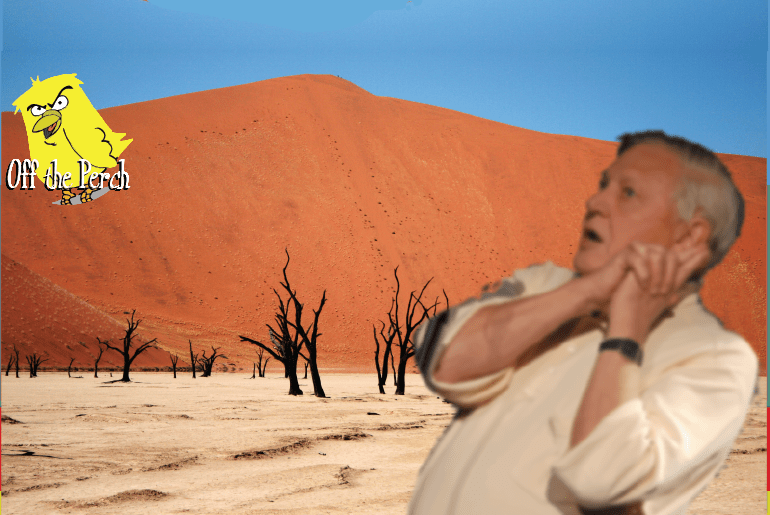 The BBC’s flagship documentary series Planet Earth returned this weekend, and reminded everyone exactly what it is we’re f*cking up.

It can be easy to forget about the impending collapse of the environment when you live in a city. Primarily because most modern metropolises look and smell like the apocalypse has already paid a visit. When you see the wild in all its vibrant, visceral glory, however, you realise that the best reason to save the environment is the environment itself.

And yet we’re probably already past the point of no return. Which is why David Attenborough was so withering in his response to whether there’d be a Planet Earth 3.

This is what Sir Boaty McBoatface himself had to say on the matter:

This latest series of Planet Earth features the most amazing footage we’ve ever recorded to film. It includes a species of land-octopus that only has four legs and looks exactly like the common stoat. It includes an orangutan making a primitive saxophone from a hollow mangrove root and then using it to blast out the solo from Baker Street. It even features a tribe of discarded Apprentice contestants who display behaviour more typically associated with human beings.

And in a few years time, every last bit of it will be gone.

Except for the deserts, of course. And the cockroaches. And the ars*holes who presided over this self-wrought tragedy of senselessness.

Although I suspect they’ll all survive it, and I suspect that they’ll be quite happy with the situation. Because all of that beauty they’re killing – all of that wonder. They don’t see that. They don’t see the worth of it. At least not the inherent worth of it anyway. They see the value of course – the value as it pertains to them. Breaking everything down into its monetary compensation with a glance – like a Terminator visualising the world as cold, cold data.

Still, I suppose I’ll have the last laugh. You see I’ve spent the last five years training pigeons to eat mega-bastards instead of discarded takeaway wrappers, and as soon as things go to pot, I’m going to release the winged-devils, and I’m going to give those flim-flam industrialists a taste of their own abhorrence.

As Sir David works for the BBC, he was of course required to provide a balanced opinion on the future of our planet. Which is why he said planet Earth may not come to an end because of human greed and wastefulness.

It may actually be the result of sheer, bloody stupidity.