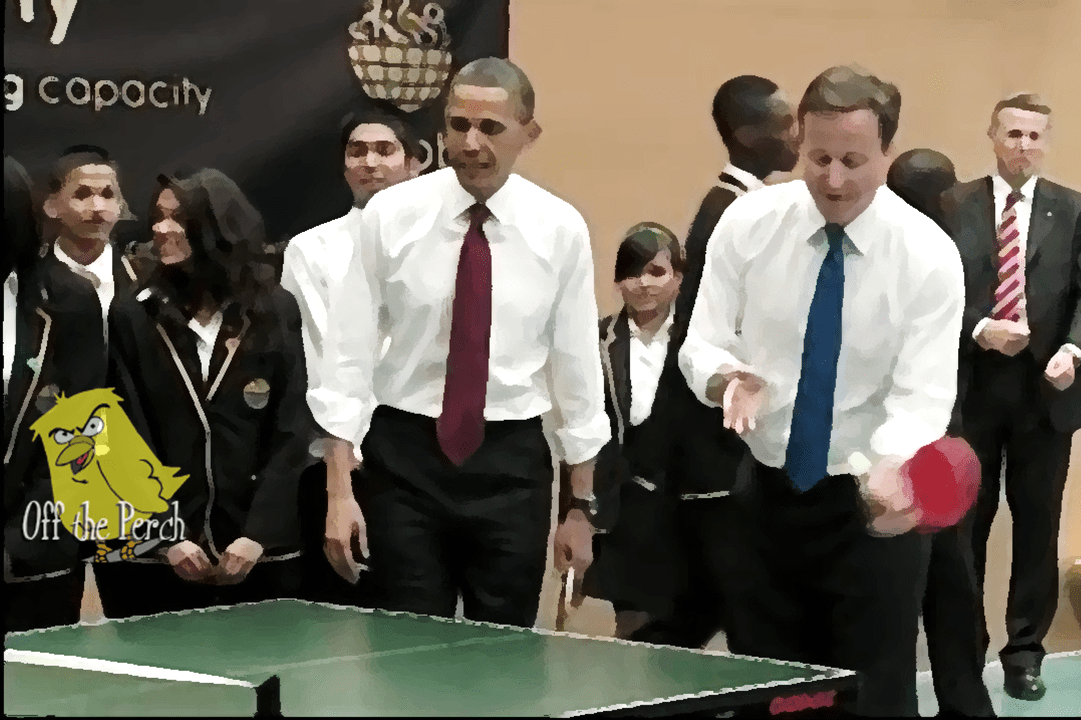 Not one to let the grass grow under his feet, Barack Obama has announced his plans for post-presidential life. Surprisingly, this will involve coming to the UK to set up a youth club with his fellow obsolete world leader David Cameron.

Normally, ex-leaders jump straight on the gravy train to unbelievable riches the moment they’re out of office. And to be fair, Cameron has got some irons in the fire in case the youth work gets boring. But it seems Obama was so moved by his mate Dave’s concern for the deprived people of Oxfordshire that the cashing in will have to wait for a while.

Speaking to Off The Perch, a slightly shell-shocked President Obama said:

I’m feeling a little delicate right now, but I’m sure looking forward to getting over to England and helping Dave and the other anti-poverty campaigners in his family – his Mum and his Aunt. I think it’s great that Dave’s rolling up his sleeves and helping young people in his new job at the National Citizen Service. And now with the youth club, too. I know he’s always wanted to hug a hoodie, and I think it was unfair that the police stopped him doing that while he was still in charge. You do have hoodies in Oxfordshire, right?

We pointed out that there would be a lot more youth clubs and services for young people in general if Cameron’s government hadn’t slashed funding. And his successors are continuing the pattern. We told Obama that the UK was only pumping over £1bn into the NCS because it’s Cameron’s Big Society baby.

“I agree that’s pretty messed up,” he said. “And closing youth clubs just so you can later open one is not a good look. But then again, I love ping pong. I need a left-handed doubles partner to play with and, frankly, Dave makes me look pretty darn skilful.”

And you have to admit, he really does: