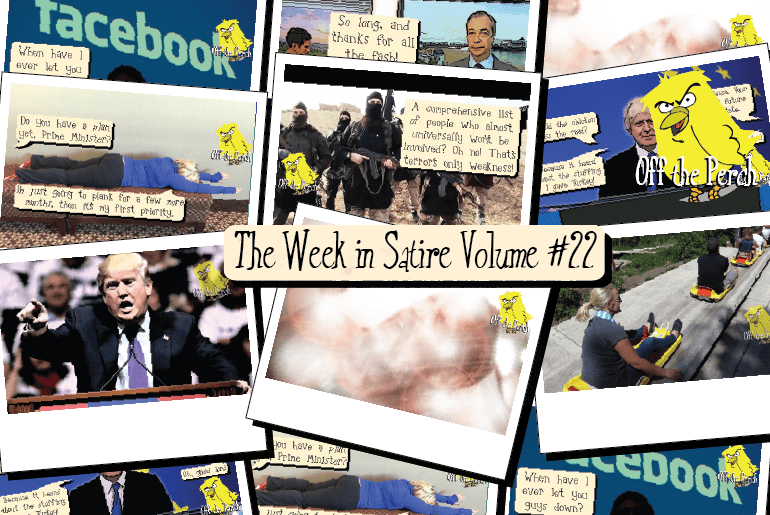 A week in which Donald Trump appointed several prominent super-villains to his upcoming administration. In which the government’s Brexit plan was downgraded from insubstantial to imaginary. And in which Nigel Farage re-emerged from his own arse only to leap straight up Donald Trump’s. 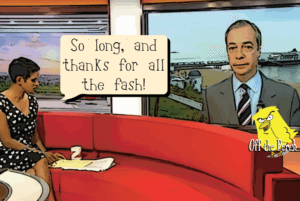 Although it initially seemed like Trump’s victory was an unmitigated uberf*ck, some benefits have now come to light. The first is that Brexit seems like much less of a shot in the foot. The second is that Katie Hopkins and Nigel Farage – the Posh and Becks of hate – are both considering a move to the States.

Which begs the question, who will the media invite to spout xenophobia unchallenged? Who will they invite to normalise the sort of toxic hatred that led to every authoritarian regime ever? Who will they have to be their novelty racist – not realising that the novelty act is the one who’s laughing at them?

These are the current frontrunners:

Remember Big Mouth Billy Bass? The annoying robotical fish that used to sing ‘Don’t Worry be Happy’? Well there are plans afoot to re-program one so that it shouts “foreigners” instead of singing. This would allow the robot to pinpoint the cause of any problem exactly how Nigel Farage would. Although it would take more programming to emulate Hopkins, as she does at least hate all human life equally. 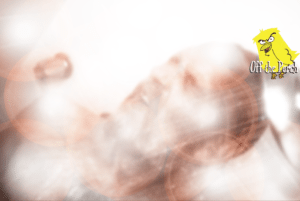 The Sun catches Corbyn in the shower without a poppy

The Sun and The Daily Mail attempted to smear Jeremy Corbyn again over the weekend. The smear in question involved cropping several photographs to make it look like Corbyn was doing a little jig.

#JigGate failed to take off, and the gutter-rage outlets actually removed the story from their websites. They still needed to capitalise on the deaths of all those soldiers, though. Which is why they sent several of their top paparazzos to snap Corbyn without a poppy.

They had to wait until Corbyn was naked, as he spitefully wore one whenever he was clothed. Thankfully, more than 17 paps were able to hide in his bathroom. This is because paparazzi are able to squeeze into the slimiest of cracks, much like the common slug or spider.

The photographers who caught Corbyn with his disrespect out also reported that he was “surly” and “brusque” with them. The Daily Mail and The Sun claimed this was yet more evidence that he lacks “statesmanship”. 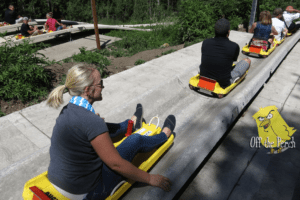 Government to invest in giant slide from The North to London

The government has just unveiled plans to make the world’s largest high-speed slide even bigger. The attraction, known as HS2, will also be the most expensive thing ever.

The absolutely massive ride will eventually have starting points in both Lancashire and Yorkshire. That way, neither county will get jealous. Engineers are currently working on plans to lubricate the slide using waste water from fracking.

Best of all, using the slide as a commuter route will help folk living in the North to reach their London workplace in double quick time. Previously, residents of Wigan were unable to take advantage of London’s buoyant jobs market as it was just too far away. But now, when the Jobcentre forces them to take anything within reasonable travelling distance, a distribution warehouse in Wembley won’t be out of the question. A quick whoosh down the slide will do the trick. 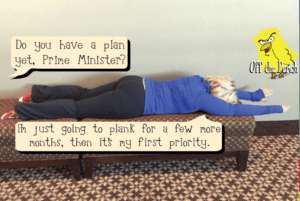 A memo surfaced on 15 November which suggests that the government’s Brexit plan is even more imaginary than Iain Duncan Smith’s conscience.

The first memo was bad enough, but now a second memo has emerged, saying that:

Frankly, I’m beginning to wonder if we’re even planning on coming up with a plan. I asked Boris about it the other day. He just mumbled, and then shouted ‘what’s that over there?’ By the time I turned back round, he’d run off.

Even more embarrassing, it also turns out that a third memo has leaked, revealing that:

I’ve talked to every office in government, and asked if they were planning on coming up with a plan. And every last one of the scoundrels pointed behind me and then ran off. Why do I keep falling for it? I know exactly what they’re doing, but I keep saying to myself ‘you’ll look pretty silly if there is something’. But there never bloody is! 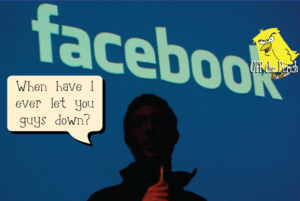 The deep fried scotch-egg that is Donald Trump was recently elected to be President of the USA. Since then, the people who failed to predict this outcome have been furiously trying to work out who’s to blame. One of the things they’re blaming is fake-news.

The media currently seems slightly confused as to what “fake-news” is. This means that they’re bundling together everything from paranoid conspiracy-wank, to biased news-shite, to satire. Weirdly, no one seems to be mentioning outlets like The Sun or The Daily Mail though. Although to be fair, their recent #JigGate fantasy probably didn’t have that much of an influence on the already decided US election. Which isn’t to say that it wasn’t complete and total bollocks, obviously. 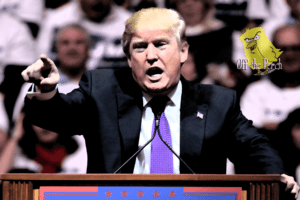 Donald Trump to ban Mexican Wave at sporting events, and replace it with this [IMAGE]

Donald Trump has announced a ban on fans performing the Mexican Wave at sporting events. The President-elect of the United States has announced that the wave, in which people sit and stand in time to create the appearance of a tidal wave, is history. From now on, everyone’s doing The Trump™.

Large screens at sports stadiums and concert venues – any location in which a Mexican Wave could possibly break out – will show details of the new wave to fans. The Donald has demanded that all participants follow these steps: 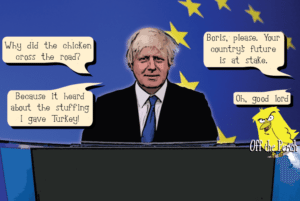 Boris Johnson as Foreign Secretary – EU still not getting the joke

When Boris Johnson was appointed Foreign Secretary, the people of Britain were prepared for it. For a start, we had our famous sense of humour. A sense of humour which we developed as a defence mechanism against the conveyor-belt of bastards who’ve ruled over us.

We’ve also had several years of ministers being chosen for their ironic value. Ministers which have included:

The EU, however, has been woefully unprepared for such high-level bants. As such, they’ve failed to see the humour of BoJo turning up and performing recycled comedy routines from the 1970s. This buffoonery reached a peak during an exchange with Italy’s Economic Development Minister, Carlo Calenda.

Since Calenda came forward, several other economic ministers have related tales of Johnson’s arse-headed tomfoolery. The Belgian Vice Chancellor was the first to speak out, telling Off The Perch that:

Boris drove into the meeting in a small electric car. The kind of vehicle which you might give to your grandchild as a play-trinket. He was wearing a fez and pomping his little horn as he drove around the room. ‘What are you about, Mr Secretary?’ I asked him. ‘I’m having my cake and eating it!’ he shouted in return. Then he hit himself in the face with a custard pie and drove out of our office. He didn’t even take the mineral water we had provided. He didn’t even take the moules-frites. 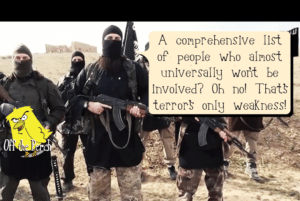 As a result of President Obama’s cowardly refusal to go full-on Nazi, the Trumpenführer has stepped in to do what it takes. Namely to produce an alphabetical register of Muslims, which will prevent terror…

And when asked if his register would be any different to Hitler’s register of Jews, Trump bravely shrugged:

Yet it’s obvious that a comprehensive list of American Muslims is the only way to defeat Daesh (Isis/Isil). Despite the group not living in America. Or that Americans who want to perpetrate terror may be smart enough to: