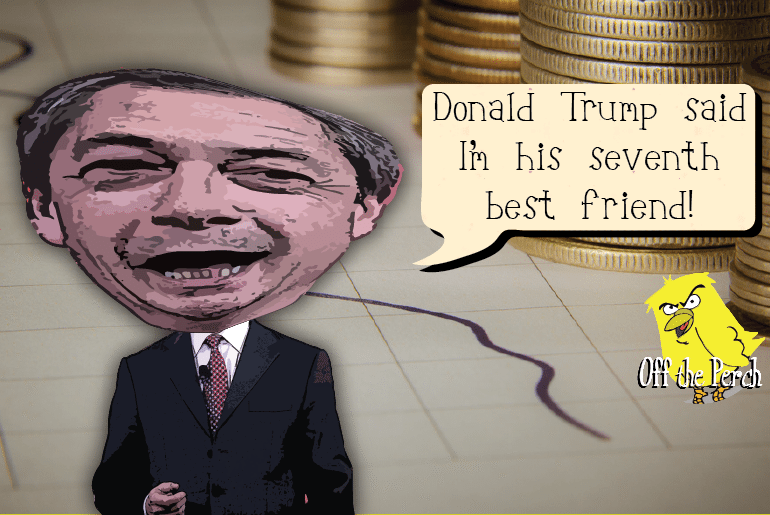 The Chancellor, Phillip Hammond, announced the Autumn Statement today. And it went down about as well as a Molotov cocktail at a snowman convention.

The biggest kick in the teeth was the casual admission that austerity doesn’t work. That it never has. That it isn’t even really a thing. And yet the only reason they’re admitting so now is because Brexit has made our situation so precarious that they can no longer get away with pretending otherwise.

And yet the Tories have a problem. Said problem being that they want to:

a) Do things which will prevent the economy from collapsing in on itself like a depressed space-hopper.

b) Carry on doing all of that impractical Conservative sh*t which they’re known and despised for.

Meaning that the statement is a bit of a mishmash of copied and pasted policies from other parties. But how else can they plug this gaping wound they’ve inflicted upon us?

Ever since the US Election, President-elect Trump has been whispering hot-nothings in Nigel Farage’s ear. As a result, Farage’s head has inflated with hot air. Which is why he’s now walking around like a life-size bobble-head: telling everyone what good pals he is with the Trumpenführer.

This is what Farage’s chimney-sweep had to say about his boss’s nauseating behaviour:

It’s not surprising that it’s given him a shot to the ego. Before this, the nicest thing anyone in power had ever said to him was: ‘well at least you’ve not been implicated in Operation Yewtree’. And now, all of a sudden, the most powerful man in the world is buying him trainers and telling him what a good boy he is.

Have you seen the trainers, by the way? They’ve got wheels in them, and they were manufactured in China. I asked if that was a bit hypocritical, and he just giggled and said ‘I can’t even tell anymore’.

So yes – with the nation’s finances opening up like a Japanese sinkhole, the plan is to jam Farage’s swollen ego into the budgetary void. And why not? It’s basically him who caused this Brexit shortfall in the first place. The whole Brexit thing was his idea!

The only problem is that doing so will break several laws. Most relating to things like kidnapping, and yet several others involving the fundamental nature of reality. Thankfully, the Queen has agreed to use her archaic super-powers to waive these laws – saying that:

I’m not being funny, but that Farage clown makes me want to puke until I’m sick. What a vile creature. What a villainous toad. Just do whatever you want with him. I don’t even care. Seriously.

Although everyone agrees that the Royal Family is terrible and financing their continuation is horrible, they can’t argue that she’s got him bang to rights. Which is why plans are now being drawn up to insert Farage’s giant head into the financial abyss.

Farage himself isn’t too bothered about it either. Primarily because he’s going to get everything he ever desired. Said desires being a prominent role in UK politics, attention, and the rise of global fascism.