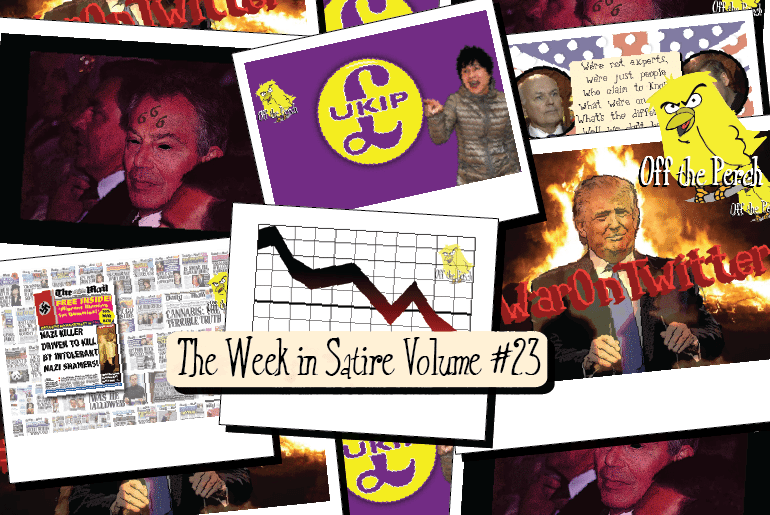 A week in which people almost, nearly somewhat got used to the idea of President Trump. In which the government slyly admitted austerity was never needed, and the media admitted they never thought it was anyway. And in which a right-wing protest produced an entire twentieth of the number it promised! 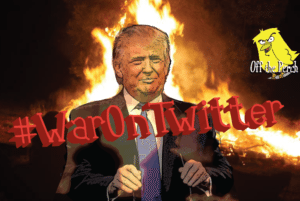 Trump declares #WarOnTwitter – targets everyone who ever insulted him

When the celebrity space-hopper from hell, Donald Trump, was elected President, Twitter users thought one thing:

He won’t come after me because of what I said about him, right? Right? RIGHT!?

Which is why no one was surprised to learn that he’s following up the historically ineffectual War On Terror with the future-shambles that will be known as: 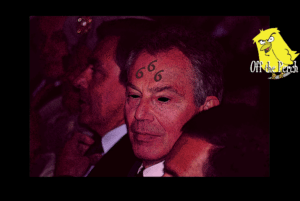 Tony Blair’s return marks the final signal of the apocalypse

When Tony Blair sort-of maybe announced his return to politics (again), occultists all over the world shuddered. And the reason for their trembling? Namely a 300-year-old apocalypse prophecy that was made by the lesser-known future-seer Goshstrodamus.

Goshstrodamus is famous for having successfully predicted pretty much nothing whatsoever. He also routinely forgot the date of his own birthday. His most famous non-predictions have included:

Goshstrodamus has seen something of a revival in 2016 due to the most outlandish of all his predictions. Said prediction being that, on 31 December, the world would come to a sudden and catastrophic end. He also described the 7 signs that would herald the beginning of these end times. As it seems like everything on it so far has come true, people are consequently fearing the end. 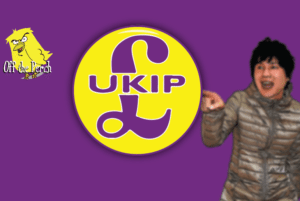 UKIP downgraded from a ‘political party’ to an ‘aggravated shindig’

Before the EU Referendum, many Brits were worried that a Leave vote would result in UKIP becoming emboldened. And yet one key thing has prevented this from happening. Namely, the absolute clowns the party employs.

As such, the Supreme Court has ruled that the group can no longer call itself a ‘political party’. Which technically means it’s now an ‘aggravated shindig’. A category which many are pointing out is all it ever was in the first place.

This will be of little concern to Farage, of course. Because he was always something of a ‘one-man-racket’ anyway. 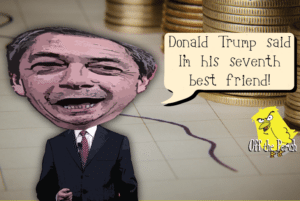 The Chancellor, Phillip Hammond, announced the Autumn Statement today. And it went down about as well as a Molotov cocktail at a snowman convention.

The biggest kick in the teeth was the casual admission that austerity doesn’t work. That it never has. That it isn’t even really a thing. And yet the only reason they’re admitting so now is because Brexit has made our situation so precarious that they can no longer get away with pretending otherwise.

And yet the Tories have a problem. Said problem being that they want to:

a) Do things which will prevent the economy from collapsing in on itself like a depressed space-hopper.

b) Carry on doing all of that impractical Conservative sh*t which they’re known and despised for.

Meaning that the statement is a bit of a mishmash of copied and pasted policies from other parties. But how else can they plug this gaping wound they’ve inflicted upon us? 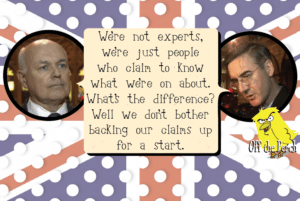 How dare he suggest that the thing I wanted will have consequences?

Which seems odd, as IDS has previously been a big believer in consequences. Being, as he is, the man who believed that people should be punished for choosing to have things like poverty, a disability, or any sort of unforeseen and unavoidable circumstance.

Which was when they realised.

That all of their research into Brexit had turned them into the thing that they despise the most:

n. A person who claims that experts have no actual expertise while simultaneously claiming that they themselves are full of it 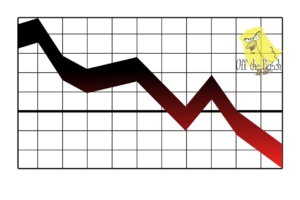 Government to downgrade ‘just about managing’ to ‘absolutely f*cked’

In a surprising outbreak of honesty, Chancellor Philip Hammond has admitted the economy is way up sh*t creek. Things are so bad that people who were just about managing a week ago are now not managing at all.

In a long line of political brain farts, “just about managing” sits alongside Ed Miliband’s “squeezed middle” and Nick Clegg’s “alarm-clock Britain”. No, me neither. It’s the latest massively patronising attempt to describe the biggest social group in Britain without using the terms “working class” or “middle class”. Tony Blair opted for “Mondeo man” in the new-lad mid-90s. Well that same car has probably been through ten owners and is now being driven by the original buyer again because he needs to get to his ‘active-retired’ job at B&Q and all the buses have been cancelled by neoliberalism. 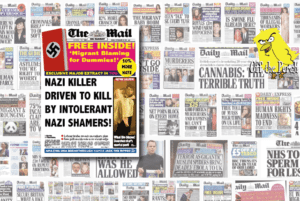 Thomas Mair – the killer of Jo Cox – is a far-right Nazi terrorist who butchered an MP in broad daylight and cold blood.

And the fascists went wild! And the racists were cheering!

Because if they can get away with blaming a Nazi hate crime on the people Nazis have historically terrorised, what can’t they blame on immigrants?

And to prove this, The Mail on Sunday is giving away its Blaming Migrants for Dummies book this weekend. A book which Mail hacks had specially commissioned for their own personal use. Although by ‘dummies’, they do of course mean ‘scumbags’.

We can’t publish the entire book here, because even the internet can’t hold that much hatred. But we can provide some of the notes from the introduction. As written by The Mail’s arsehole-in-chief, Hattie Full-Barstward.