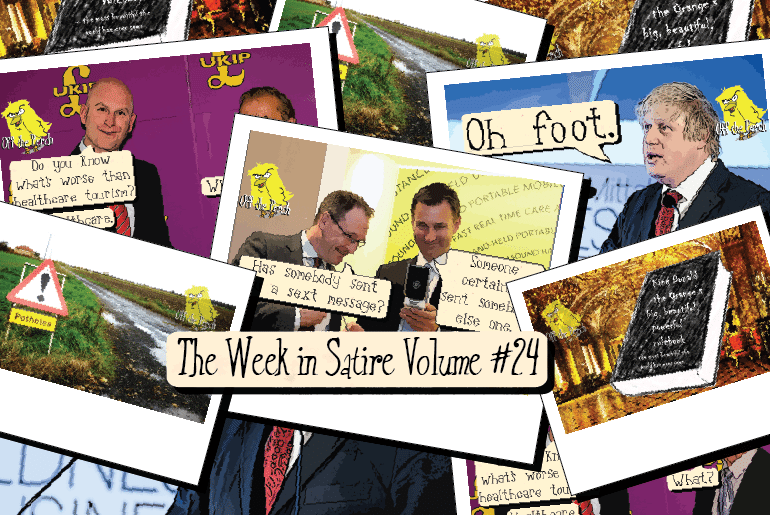 A week in which MPs confirmed that Tony Blair did nothing wrong. Or did they confirm that he did do something wrong, and basically they are just all on board with it? I suppose it varies depending on your levels of delusion/evil.

But anyway, let’s look back at what else happened: 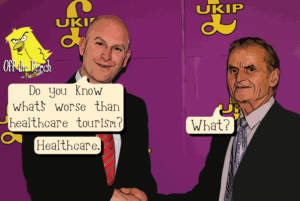 And so UKIP has appointed a new leader. Or at least it has for the next few days anyway. A joke which everyone is frantically trying to make before he actually quits and Farage has to re-re-return.

The new leader is Paul Nuttall, a man who is predicted to do well with working class northerners. As a working class northerner myself, I’d personally rather vote for a robot that was solely designed to shoot electronic tasers at my ****. But the voting figures for the EU referendum do seem to back up this potential groundswell of support. Especially as it’s becoming increasingly clear that Brexit is going to be the key/only topic of interest in UK politics for the next decade or so.

But what are his opinions on that thing which all UK citizens need? Unless of course, they’re rich. Or ‘elite’ if you will. That said ‘thing’, of course, being the NHS.

Meet the new bastard, the same as the old bastard

Nuttall has historically made himself incredibly clear on the NHS. Although he’s since deleted the post. Probably because the likes of Farage and himself have yet to persuade voters on the issue. By which I mean they’ve failed to get in power and force it on people whether they like it or not. 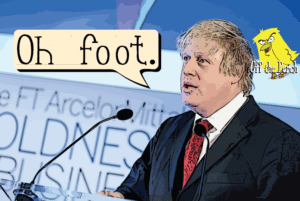 UK Foreign Secretary Boris Johnson has once again failed us, spectacularly. And this time, he’s done a lot more than just figuratively jamming his foot in his mouth.

Have our cake and eat it

Johnson has been routinely criticised for claiming that his EU strategy is to ‘have his cake and eat it’. Now, the government has been criticised for the same thing, after an aide was seen with it written on her notepad.

The EU was quick to tell the government that the plan was:

And that they need to:

Get your heads out of your arses. Your bargaining position is garbage, and thinking you can annoy us into giving you a better deal is unduly-optimistic idiocy.

It’s not been a good year for Boris. His plan to keep us in the EU by campaigning against it was a disaster. His plan to become prime minister as a result of his first plan succeeding was dead on arrival. And to top it all off, he’s been given a governmental role which highlights his gross incompetence on a daily and global basis.

And so this was it. This was Boris’s last stand. He couldn’t put up with Johnny Foreigner telling him what he could or couldn’t eat. 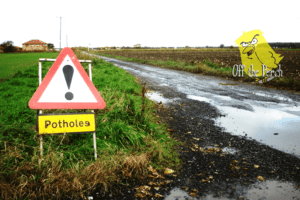 Speed bumps to be replaced by potholes in new government plan

In a surprise move, the government has unveiled plans to save money and tackle air pollution at the same time. Jeremy Clarkson made the announcement in a promotional clip for his new internet show:

Speed bumps – we all hate them and most of us don’t even stop to ask why they’re there. Well, they won’t be there much longer. And I’ve got to say… I’m rather pleased.

The boffins and lentil-weavers at The National Institute for Health and Care Excellence (NICE) say that speed bumps stop us driving smoothly. I’ll drink to that. And without speed bumps I might not spill quite so much… on my jeans. And if we drive smoother, there’ll be less pollution.

Ending speed bumps will save the government money, which it can then spend on worthwhile stuff. Like cutting petrol prices.

However, petrolheads thinking they’ll once more be free to race their lowered and body-kitted hatchbacks round housing estates and past schools may be in for a nasty shock. 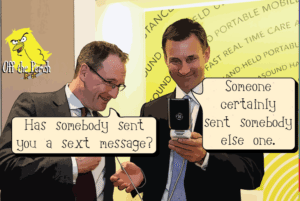 Some eagle-eyed observers on Twitter wondered if it had anything to do with the recent legalising of the ‘Snoopers Charter’.

The ‘Snoopers Charter’ is the legalisation of that mass surveillance George Orwell warned us about. Although it has at least been legalised by the Tory Party – a group of ‘people’ who are well known for their… belief in… the sanctity of… human rights…

So yes – any concern that Hunt would be using these extraordinary powers to slime through people’s personal data like a digital slug is of course bananas. 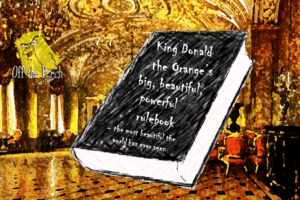 Trumptopia is now on the horizon. And it’s an ugly world, whose most despicable advocates have only received a quiet mitten-slap on the wrist from King Donald the Orange. Which is weird, because he’s got less self-control than a sickly cat vomiting repeatedly on your best carpet. In fact, he’s now decided to soften the impact of his unpredictability by providing US citizens with a “big, beautiful, powerful rulebook – the most beautiful the world has ever seen”. His words, not ours.

Off The Perch‘s exclusive sneaky peak

Trump has already threatened flag-burners with jail time or loss of citizenship. And people who refuse to stand for the national anthem seem to disgust him more than neo-Nazis saying “Hail Trump”. So we know where his priorities lie.

But now, just to make it all crystal clear, he’s actually set these priorities out in a rulebook (to be published at his coronation in January 2017). Again, these are his words, not ours: