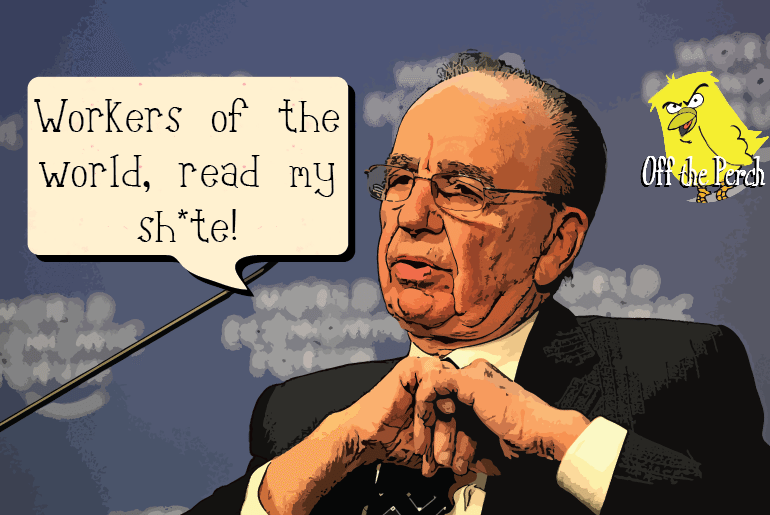 The tabloids – which only have working Brits’ best interests at heart, of course – have once more intervened in an industrial dispute. This time to let workers know that, if they want good working conditions, they need to crush some other workers.

Sir! He’s got more than me!

The argument for solidarity among workers is that we’re all on the same side. So if one workforce wins a better deal from its employer, then the next workforce stands a better chance of winning the same thing.

The argument against this is:

And if you feel like you’re familiar with this argument but can’t work out why, try thinking back to when you were about four. Because yes, that’s the level of debate that the tabloids are working with.

Although the people who run the tabloids do only have our best interests at heart, obviously. They just don’t want people being handed things on a plate. Especially as they understand the side effects of being given things better than anyone. Primarily as most of them inherited vast fortunes from their parents. And just look at what villains they turned out to be.

Why wouldn’t they look out for us?

Of course, the question is why wouldn’t these media billionaires have our best interests at heart? Why wouldn’t The Daily Mail want a well-educated workforce that could tell who was out to rip them off? Why wouldn’t The Sun want readers who could see that blaming the poorest was just a distraction from the crimes of the richest? And why wouldn’t The Daily Express want to tarnish the image of industrial action altogether? Especially when their journalists have been arguing for better pay for years?