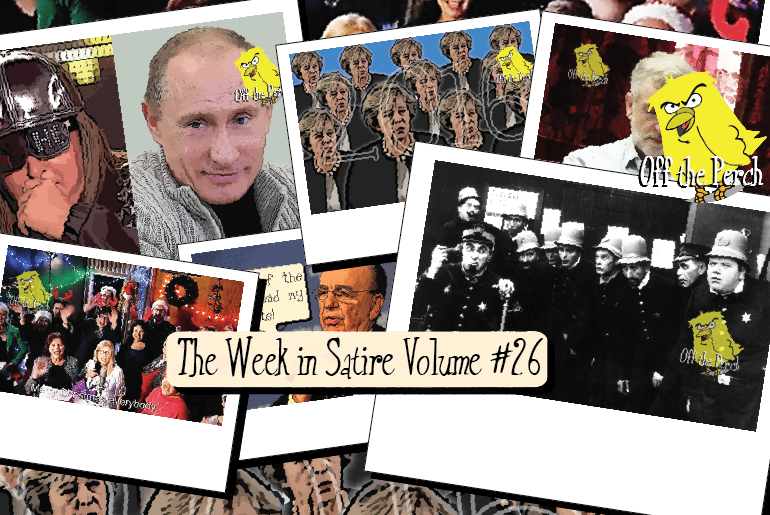 Anyway, let’s look back at what else happened. 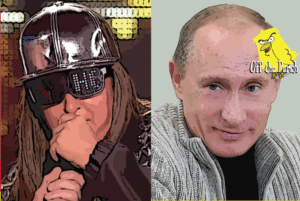 Reality TV rapper Honey G has accused Russia of ruining her X-Factor chances. People aren’t sure if they can write it off as nonsense either, because – you know – it’s 2016. And would Russian hackers rigging the X-Factor be the weirdest thing to have happened this year? Would it even make it into the Channel 4 Top-100? Would it even warrant a response stronger than:

From Russia, with LULZ

Honey G accused Russia of rigging the vote against her because they knew she’d be another huge British pop star. Russia has always been jealous of the UK, as we’ve produced greats such as The Beatles, Bananarama, and Robson and Jerome. Russia, meanwhile, has only produced one pop-combo of note – namely t.A.T.u. And in their case, they were primarily famous for a music video in which wet schoolgirls did lesbian stuff in the rain.

Although, to be fair, All The Things She Said was pretty f*cking poptastic.

The Sun just proved what a monster Jeremy Corbyn truly is

With Christmas just around the corner, The Sun has been eagerly awaiting season’s greeting cards from grateful UK politicians. Yet when Labour leader Jeremy Corbyn’s Christmas card dropped through the letterbox, The Sun savaged it like a right-wing dog.

As The Sun explained in an article covering the scandal, Corbyn made the “un-festive” choice of putting a boring old dove of peace on the card. It stood in stark contrast to Prime Minister Theresa May’s joyous array of designs featuring the Downing Street front door.

Unlike May’s politically neutral choice of using No.10 Downing Street in the picture, Corbyn also made the partisan move of placing the dove on a Labour-red background. Both alternatives, however, are a departure from those of leaders past, according to The Sun. Typically, party chiefs selflessly choose to feature themselves on the front of the card. Like this terrifying example:

maybe they wanted something a little more pro-war like this? pic.twitter.com/0odARwOSew 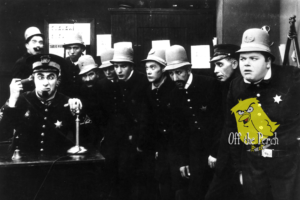 Degrees to be made easy enough for policemen

In a new bid to convince the public that they know what they’re doing, the police have announced an education crusade. From 2020, all new coppers will need to have a degree. At the moment, only about a third of police are graduates and this is apparently affecting the quality of conversation in the staff canteen.

Detective Inspector Brian Cox got in contact with Off The Perch to complain:

I find it really really irritating when I come in for my lunch after a hard morning on a case. I just want to discuss some new developments in string theory but no one else on the table is interested. The worst thing is if you’re on a stakeout. Once, I had to spend 48 hours in the back of a fake pizza van with a constable who hadn’t even read A Brief History of Time. 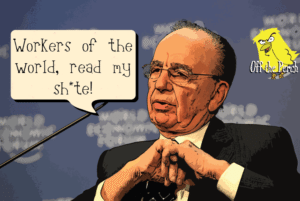 The tabloids – which only have working Brits’ best interests at heart, of course – have once more intervened in an industrial dispute. This time to let workers know that, if they want good working conditions, they need to crush some other workers.

Sir! He’s got more than me!

The argument for solidarity among workers is that we’re all on the same side. So if one workforce wins a better deal from its employer, then the next workforce stands a better chance of winning the same thing.

The argument against this is:

And if you feel like you’re familiar with this argument but can’t work out why, try thinking back to when you were about four. Because yes, that’s the level of debate that the tabloids are working with. 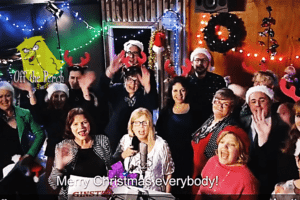 The world was shocked to discover today that Simon Cowell has mimicked the painter Vincent van Gogh.

Taking it a step further, he actually severed both ears.

The bloody and tragic self-mutilation occurred after prolonged exposure to the 2016 Labour Party Christmas charity single: an utterly bowel-bludgeoning performance and re-write of the Band Aid song Do They Know it’s Christmas?

Demonstrating remarkable perception for the groups most in need of a charity single, the Labour Party entitled the single Keep Their Perks (Don’t Be Scrooge, It’s Christmas Time). A song championing the moderation of working hours over the Christmas period. 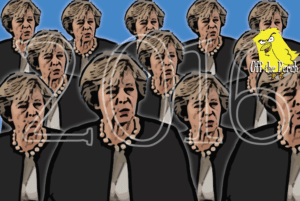 It really has been quite the year for Theresa May. A year in which she floated to the top of the Westminster stink-pit as a result of…

…what did she do again?

There were two sides to the EU Referendum. Leave and remain.

And Theresa May was on…

Other than her own?

Technically, May backed remain. Sort of. Albeit not visibly. Or verbally. Or at all when you get right down to it.

And this lack of clarity / follow-through would be a key sign of things to come.

Despite having (sort of) been on the losing side of the Brexit vote, May was made PM. And how did she achieve this? Basically by being the only candidate who didn’t just drop out. Although Michael Gove didn’t quit, to be fair. But he was Michael Gove. And obviously that position was untenable.

Our decision to leave the European Union was viewed as the most important change to the UK for several generations. It was also predicted to be the most complicated. And as such, you’d expect that anyone who voluntarily chose to lead the country through this period must have a pretty solid idea of what they wanted to get out of it. And PM May did. It was:

In other words, her plan was to spout empty platitudes until such a time that she actually decided what she wanted. And if her latest plan for a “red, white, and blue Brexit” is anything to go by, we may be waiting some time.

May has had one idea for the future, in all fairness. And that’s to bring back grammar schools. Which we did actually have in the past. But we got rid of them because they didn’t work very well.

It’s great, in fact. Because at the point at which the public is tired of experts – a point at which Nigel Farage is taken seriously as a viable human being – of course the logical next step is to give up on educating all but the very brightest of pupils.

Theresa May has ended the year with what looks like no friends in Europe. The Tories had previously suggested that people asking about their Brexit strategy was ‘talking down the country’. But it now looks like their stubborn refusal to come up with a plan is what’s talked down the country. Because the woman whose job it is to deal with the EU now seems to have made an enemy of everyone in it by giving the world the run-around.

Almost as if her tactic of trying to avoid leading one way or the other is precisely the worst kind of leadership we could have going through Brexit.