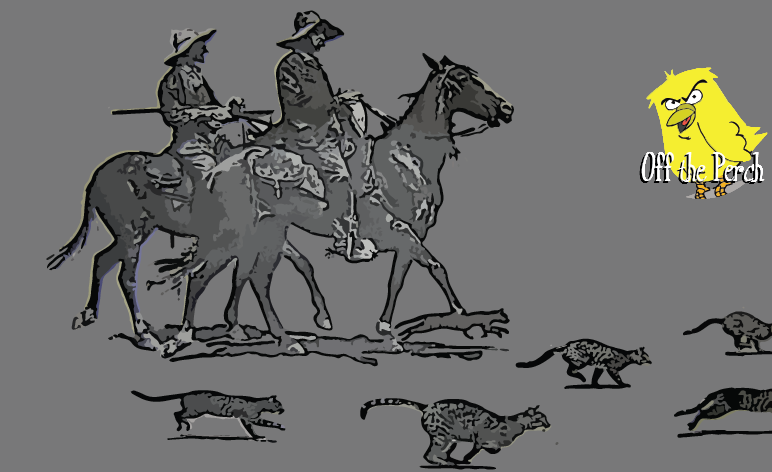 Sir Ivan Rogers, the UK’s ambassador to the EU, has resigned. Primarily to retire to a quiet cottage in the American tornado belt where he intends to herd cats.

At first, many assumed Rogers was making a joke. A joke which highlighted the absurdity of the slowly deflating whoopee cushion that is Brexit. The problem with Brexit being that everyone wants very conflicting things.

Michael Gove, for instance, wants to get his own way so that he can rub his enemies’ faces in it on Twitter. His expert enemies, meanwhile, want to be listened to so that we can avoid the economy sinking like the famous movie-flop Titanic 2: The Iceberg Strikes Back.

Theresa May wants to come up with a Brexit plan that will be beneficial for everyone. Although she also doesn’t want to discuss Brexit. Or be told that it may present any problems. And she certainly doesn’t want to hear that it will be a cacophony of chaos so deafening that by the end of it her legacy will be to be remembered as “that absolute b*stard who dragged us face-first through a shit-covered thorn-bush of misery”. Or at least that’s what her legacy will sound like if she’s lucky, anyway. If not, she’ll probably just go down as Thatcher Mk II.

And who could forget the impossibility of wrangling The Three Brexiteers? With Dave Davis, who wants to repeat the phrase ‘Brexit means Brexit’ until it becomes funny again. Liam Fox, who wants foreign investors to know exactly how terrible our businesses are. Or Boris Johnson, who wants to continue his long-running audition to play Homer Simpson’s dopey British cousin in a potential live-action movie:

Because as we all know, the biggest problem affecting left-behind working-class communities is the in-affordability of golf buggy insurance pic.twitter.com/tRVC4RFXSE

So Rogers will now be retiring to herd cats through the tornado-filled nightmare of the American heartlands. And this is what he told us as he left:

Much like Brexit, I expect my new life will be incredibly challenging. Difficult in fact. Some would say hellish and perversely self-inflicted. Unrewarding too. And almost certainly pointless and miserable.

And yet despite all that, I’m happy to know that if everything goes better than expected, there will come a time in the future – probably long after I’m dead – when people will look back at my achievement and say it was slightly less stupid than any reasonable person could have predicted.

If you would like to track Rogers’ progress, you can do so by watching several live-feeds of his cats. Although maybe don’t bother, as we can tell you that half of them have already run off. And the ones left in charge clearly don’t know what they’re doing.

If you can imagine that.