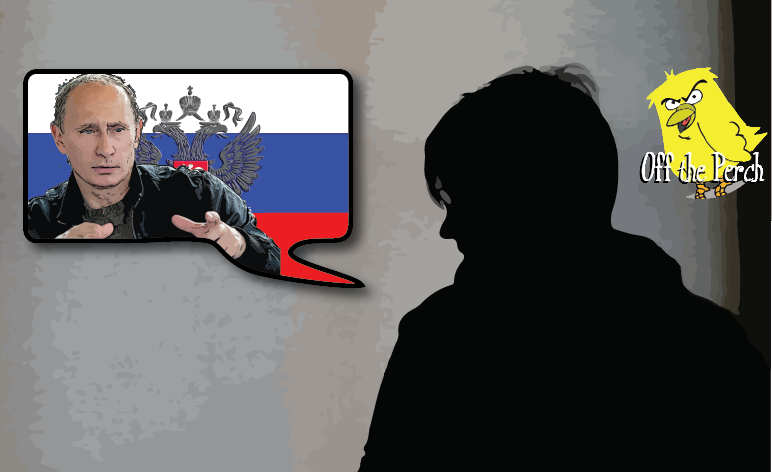 An Israeli diplomat has been filmed trying to undermine British politics. A scheme which involved setting up and influencing various UK-based ‘Friends of Israel’ groups. And yet now the members of these groups have come forwards to deny these claims. Namely by suggesting that the diplomat’s mouth had somehow been infiltrated by “bad Russian spies”.

Now, most people are obviously thinking:

But how could they even potentially… possibly…?

To find out, Off The Perch (OTP) spoke to a member of Conservative Friends of Israel – a gentleman who asked to remain anonymous. Which is why we’ll be referring to him as Lord Rat-Traitor (LRT).

OTP: “So, Lord Rat-Traitor. You’ve claimed that the diplomat’s mouth had somehow been infiltrated by bad Russian spies. So my question to you is this: are you on or off drugs? And what can I do to help you get back on or off them before you do yourself a mischief?”

LRT: “Come on, is it really that difficult to believe? Just look at America. All the evidence over there points to the fact that the Russians could have been responsible for hacking. And if Vladimir Putin’s smirk is anything to go by, I think we can say with some conviction that they definitely are. But what do we have on Israel? It’s just some video of a diplomat consistently and consecutively admitting to being involved in an attempt to sway British politics in his own nation’s favour. It’s hardly much to go on is it!”

OTP: “Okay, but ignoring all of that for now, how would a Russian spy even get in his mouth?”

LRT: “Are you for real? These people invented the Russian nesting doll! Where do you think they got the idea from?”

OTP: “Sorry, are you suggesting that inside every Russian person is a series of progressively smaller Russian people?”

LRT: “So what if I am? I don’t think it’s any sillier than the idea that Israeli officials are trying to undermine the British political system!”

OTP: “But we’ve got a video of an Israeli official doing exactly that!”

LRT: “And we’ve got models of Russian nesting dolls!”

OTP: “You’ve got something, feller. And if the foaming at the mouth is anything to go by, I’d guess that it’s rabies.”

Unfortunately, we had to abandon the interview at that point, as LRT began chanting: “RUSSIA! RUSSIA!” at us. Which would have been fine, if half of the Western-media hadn’t joined in with him. And as a result, the couple next door complained about the noise.

So yes. Sorry, Mr and Mrs Papadopoulos. We promise to keep the noise down in future.

Although if we don’t, you can probably assume that the flat has been infiltrated by noisy Russian spies.