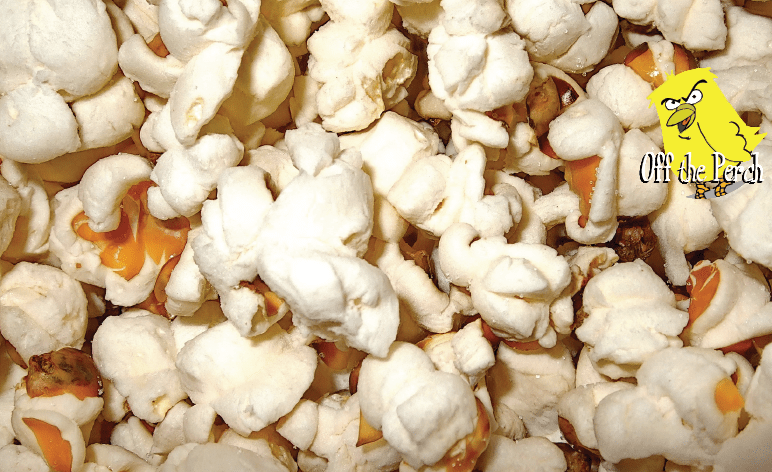 The Russian leader, Vladimir Putin, was spotted on 12 January buying a metric tonne of popcorn. And it’s being speculated that he bought it so that he might enjoy a light snack while watching the chaos that is US politics. Because regardless of whether or not he caused it, you can bet your bottom rouble he’s loving it.

Putin was first seen leaving the Kremlin early on in the day. A bystander detailed the sighting to one of our reporters:

At first, I didn’t even realise it was him; he had such a spring in his step. As he came closer, I could hear that he was singing Back in the USSR. He was really getting his groove on, too – drumming out the beat on trashcans and car bonnets.

When he passed me, I couldn’t help but ask him. ‘Did you do it, Vladimir?’ But he didn’t say. He just winked and tapped his finger on his nose. And then he did a quick drum solo on the water melon I was carrying. He got a really good sound out of it, too.

Down to the shop!

By the time Putin reached the popcorn shop, he was allegedly at the centre of an expansive yet impromptu musical number. As the shop owner told us:

I heard a noise outside, so I went to see what was going on. I could not believe what I was seeing! There were hundreds of people singing and dancing!

Mr Putin was at the centre – shirtless – doing the worm like a 1980s break-dancer. Surrounding him were things you would not believe! There were bears on unicycles! There were Russian acrobats swinging off tank turrets like they were gymnast poles! I think I even saw Steven Seagal doing that crazy Russian dance we apparently do. And all of them – even the bears – were singing American Idiot by The Green Days.

When Mr Putin finished spinning on his head, I asked him if he had really compromised Trump. He smirked and said, ‘Yuri, Yuri, Yuri. Not even I could have come up with a winning scheme like that. Or could I?’ he finished, winking. It was a strange thing for him to say, because my name is actually Kevin.

Since buying the popcorn (and performing 12 more dance routines), Putin has been sitting in front of his TV. Watching the news. And really, really enjoying himself.

Because regardless of what happened with Trump, you know there’s one guy who will benefit from all this.

And he is not the sort of man you’d want benefiting from anything.