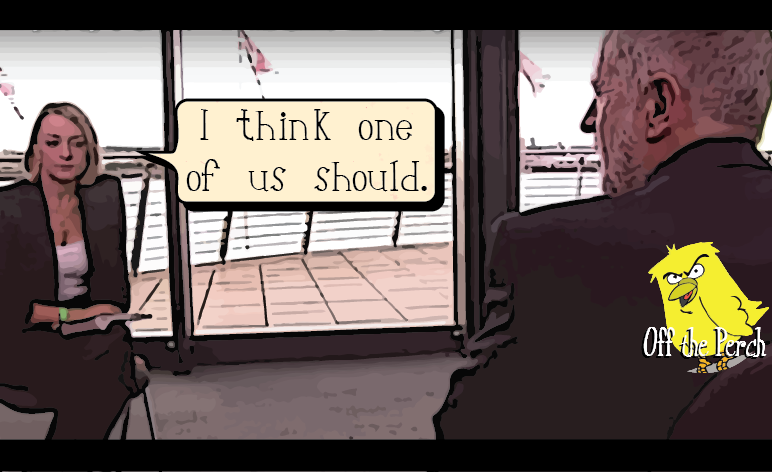 The BBC‘s Political Editor, Laura Kuenssberg, has been found to have ‘inaccurately represented’ Jeremy Corbyn. And of course, this can lead to only one question:

WHEN WILL JEREMY F*CKING CORBYN RESIGN OVER THIS!?

As soon as Kuenssberg found out the news, she was out there looking for Corbyn. Hunting her political prey with all the viciousness of a gerbil stalking an apple-core. When she found him, the politico pounced on him and cried:

So, Jamie Corrigan, if that is your real name. What do you have to say about this bullsh*t report that I misrepresented you on the BBC news? Huh? Will you be resigning? Or will you just f*ck off?

At first, Corbyn tried to ignore her. He even tried to walk away and buy a Big Issue. But that just prompted Kuenssberg to report on Twitter that the Labour leader was “throwing his many coins at homeless people”.

Eventually, Corbyn gave up and agreed to give Kuenssberg a new interview. Although the interview itself lasted some several hours, we have a strong suspicion that the BBC may have tampered with it. Primarily to make Corbyn look like he’d been shooting bong-smoke. A suspicion which is highlighted in the following video.

It later transpired that both Kuenssberg and Corbyn were just big fans of late-90s trance music. Although Corbyn did admit that he was more of a happy hardcore head. And this obviously prompted Kuenssberg to question Corbyn about the popular assertion that ‘hardcore will never die’. An assertion which Corbyn admitted, a good two decades after hardcore’s demise:

may have been a little bit presumptuous.

A confession which led Kuenssberg to shout:

Despite Kuenssberg’s best efforts, even Corbyn’s enemies within Labour were forced to admit that Jeremy can’t really be blamed for the demise of happy hardcore. Although Kuenssberg has now reported on an unverified dossier which claims Corbyn recorded a mix-tape so “whack” it killed the entire scene dead in one weekend.

And we’ll bring you more on that report, as and when Corbyn says something bad about capitalism.