Trump announces the creation of a Journal of Alternative Facts - Canary 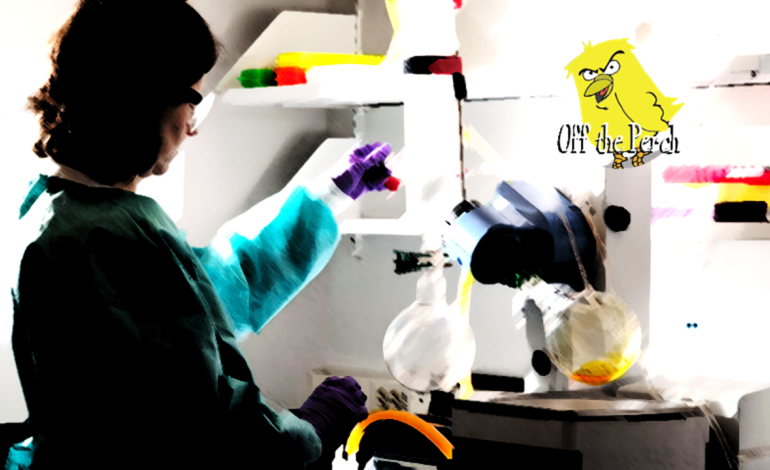 US President Donald Trump has already acknowledged that the concept of global warming was invented by the Chinese. In fact, he knows for sure that the planet is actually freezing, which is the reason why it sometimes snows in New York City.

[Note: All tweets below are real. Unfortunately.]

This very expensive GLOBAL WARMING bullshit has got to stop. Our planet is freezing, record low temps,and our GW scientists are stuck in ice

It’s snowing & freezing in NYC. What the hell ever happened to global warming?

But despite the striking evidence, most scientists insist that global warming and climate change are real.

Everyone’s entitled to an opinion

According to the Trump Administration, the problem is we’ve been listening to the wrong people. One spokesperson told Off The Perch (OTP):

Just because someone has spent a lifetime working on a subject does not give him the authority to dismiss wild guesses in his field.

But things might be about to change. Trump’s science adviser has announced the launch of a new journal that wants to “give a voice to the voiceless”:

Scientists keep talking about things that no one can see. String theory? Anti-matter? Give me a break! The Journal of Alternative Facts will stop this nonsense and make science great again, like in the Middle Ages.

While the idea was originally to create a space to give voice to denialists, the editorial board has already announced that it will accept all kinds of research on alternative facts, from sloppy science to plain lies. As the White House science adviser told OTP:

Most scientific journals are too narrow-sighted and focus only on ‘real facts’. We want to broaden the possibilities.

According to the people behind the initiative, the Journal of Alternative Facts will “increase the diversity of voices in science” and “provide people with some scientific support for their wildest claims”. As the White House has perfectly summarised:

Nobody should ever feel stupid for saying stupid things.

The White House also believes that our society gives too much support to science. To fight back, it urges people to use all available technology to discredit the ideas that go against their beliefs or make them feel uncomfortable.

And as Trump himself acknowledges, since the last US election we have a more serious problem than global warming: