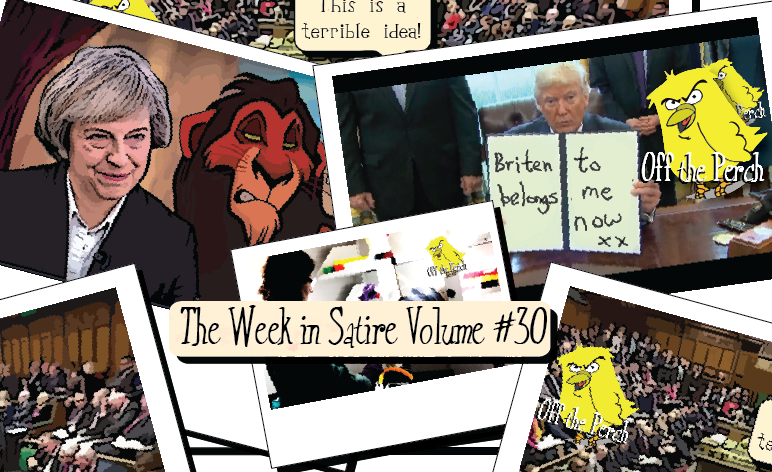 A week in which 22% of the Liberal Democrats voted in favour of Brexit:

Tim Farron faces major parliamentary rebellion as 22% of Lib Dem MPs fail to back his anti-Brexit stance in vote. Both of them abstained.

A week in which Trump wised up to Farage:

And a week in which a single solution was found to both republican issues:

I want the monarchy abolished, but if the Queen turns into a lizard & eats Trump on that visit I'm happy for her to get a free council house 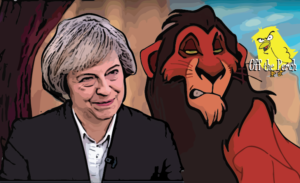 The PM has been touring the globe over the last few days. Primarily to show the EU that post-Brexit, we can still make new friends. Or at least that we can become bumbling sidekicks to psychotic super-villains anyway:

And yet despite our desperation, there still weren’t that many people who wanted to talk to us. As most of them realise it will be easier to screw us after the US and EU have had their way with us. Which is why the PM was forced to meet with one the world’s most low-key dictators of all. Namely Scar, the lion king.

An embarrassment meets a pride

There’s been much criticism of May’s visit. For a start, we can’t negotiate a proper deal with them until after we’ve left the EU. And for a follow-up, they’re just lions, so what can they really offer us anyway? Especially when you consider that like India, the lions want easier migration access to Britain. Which will be a hard sell for the PM for two reasons:

Trump announces the creation of a Journal of Alternative Facts

US President Donald Trump has already acknowledged that the concept of global warming was invented by the Chinese. In fact, he knows for sure that the planet is actually freezing, which is the reason why it sometimes snows in New York City.

[Note: All tweets below are real. Unfortunately.]

This very expensive GLOBAL WARMING bullshit has got to stop. Our planet is freezing, record low temps,and our GW scientists are stuck in ice

It’s snowing & freezing in NYC. What the hell ever happened to global warming?

But despite the striking evidence, most scientists insist that global warming and climate change are real.

Everyone’s entitled to an opinion

According to the Trump Administration, the problem is we’ve been listening to the wrong people. One spokesperson told Off The Perch (OTP):

Just because someone has spent a lifetime working on a subject does not give him the authority to dismiss wild guesses in his field. 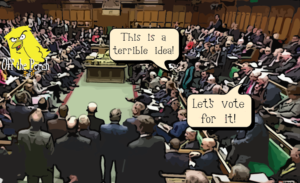 ‘We will vote through this horrible mess we object to’, Labour MPs assure Brexit voters

Labour MPs have been very clear in making two points known over the past few days:

"I will stick this flaming rag into your petrol tank as requested, tho I fear the consequences will be catastrophic" -qualified car mechanic https://t.co/DIjF6EVQVz

To be fair, Labour finds itself between a rock and a hard place so hard you could use it to grate diamonds. Although most of their voters voted for Remain, most of their constituencies voted for Brexit. And there’s a very real possibility that attempting to thwart Brexit would trigger a general election. An election which (if polls are to be trusted) Labour are about as well-prepared to fight as a pig is prepared to defend itself against a fry-up.

And so many Labour MPs are doing what most of us would do. Which is they’re saying:

Look, this wasn’t my idea, but there’s nothing I can do about it. Just remember that I told you so after it all turns to sh*t, okay? 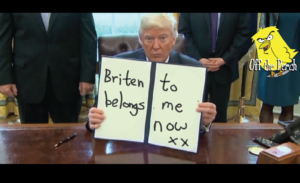 Which is convenient. Because we all know there’s a world leader out there who’s in the market for a little ‘great’.

Although Trump was eager to show everyone that he could do words with his pen, it wasn’t easy keeping his attention. Eventually, however, they managed to get him to write something on message: 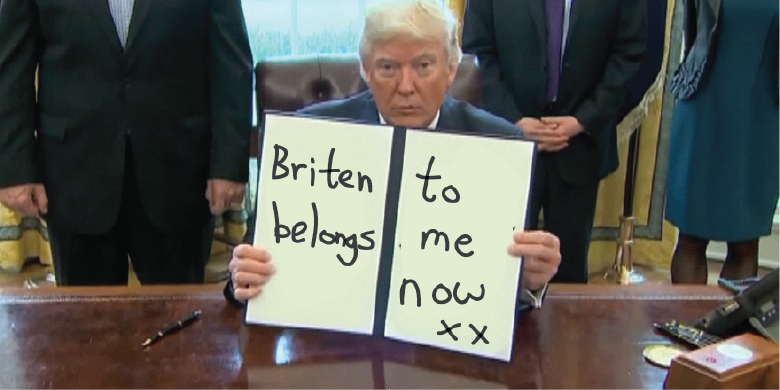 This was obviously too on message, however, so they had another go: 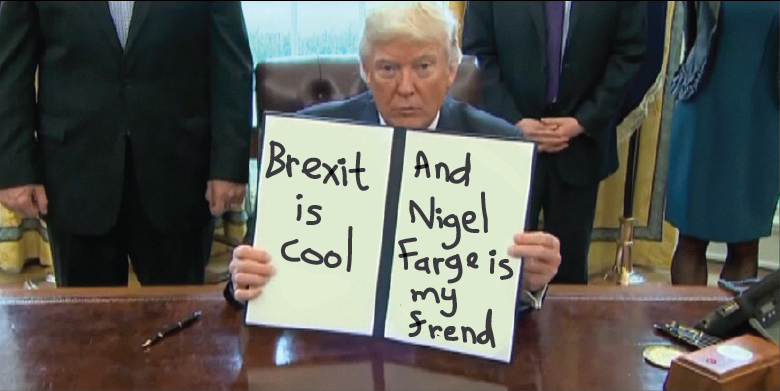