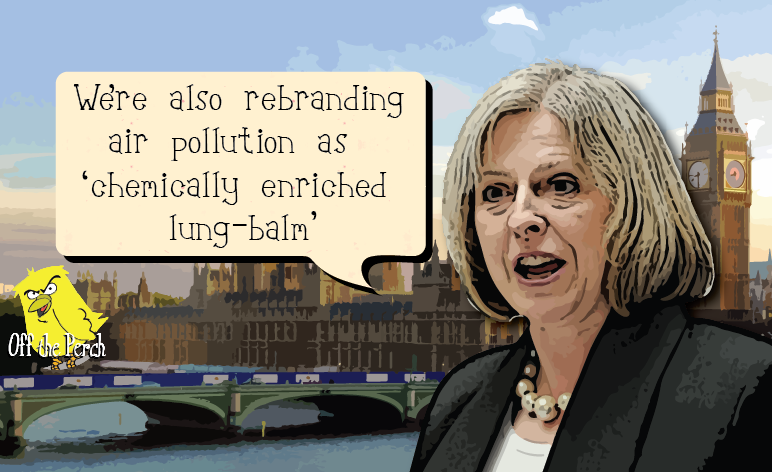 The Conservative government has faced several pressing issues over the past decade. And more often than not, it’s solved them. Primarily by revising the manner in which the problem is measured. For instance, by changing the definition of ‘child poverty’ from ‘any child who is in poverty’ to ‘only children who are so poor that they’re going to spend the rest of their lives paying off the cataclysmic debt that they’ve somehow managed to amass’.

And in light of those successes, the government is looking to rebrand homeless people. Rebrand them as ‘free-range aspiration seekers’.

To get the lowdown on this fresh idea, we spoke to the government’s Secretary for Cynical Problem Avoiding:

What we realised from our research was that ‘homeless’ is a really undesirable word. In fact, a survey we carried out showed that people consider the word to be ‘negative’, ‘unenviable’, and ‘sad-face’. And we reasoned that if people think ‘homelessness’ is unappealing, then obviously that must be an issue with the branding. So we’re doing what any normal human being would do. We’re rebranding the homeless.

The new scheme will work in a similar fashion to every other Tory scheme. Meaning that they’ve taken a solid stew of callousness, seasoned it with a herb garden of corruption, and flavoured it with a dash of evil.

The logic is that the term ‘free-range aspiration seeker’ will make homelessness seem like an attractive lifestyle choice. I mean–obviously it won’t–but the Tories will be able to tell people that’s the case. And then people can kid themselves into thinking the homeless want to be forced on to the streets. Much like when Amber Rudd recently implied we were basically encouraging refugees:

I am clear that when working with my French counterparts, they do not want us to indefinitely continue to accept children under the Dubs amendment because they specify and I agree with them that it acts as a draw, it acts as a pull, it encourages the people traffickers.

In other words, we shouldn’t offer refugees hope because that will just incentivise them to try and attain it. And after all, what’s more important? Helping the refugees, or closing one avenue of many to the criminal human traffickers who prey on them?

Obviously rebranding the homeless won’t make people want to give up their wonderful possessions and ceilings. But there will be more refugees, and homelessness is on the increase.

And if the Tories can convince a few selfish people that these unfortunate folk are secretly out to screw them, then hey–the Tories are doing what the Tories have always done best.