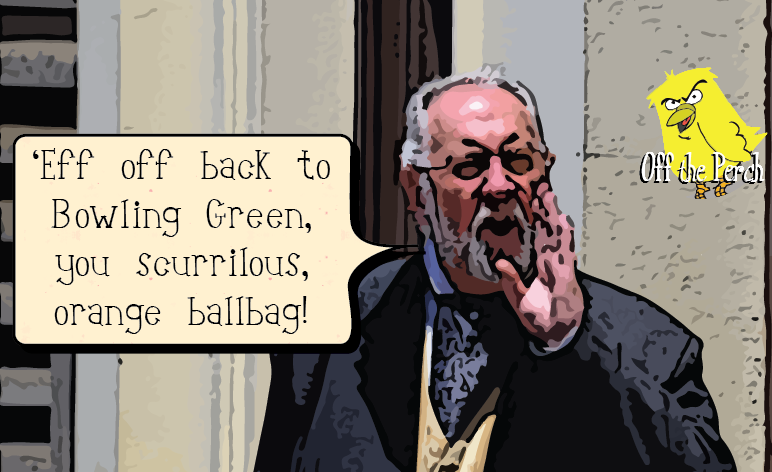 In 1990 Mike Godwin came up with the world-famous famous ‘Godwin’s Law’. An adage which asserts:

As an online discussion grows longer, the probability of a comparison involving Nazis or Hitler approaches one.

Related to this law is the idea that whoever made the Hitler comparison has by default lost the argument. And people are now using this same adage for comparisons with Donald Trump.

Or as he is more colloquially known online, Twitler:

Trump had better stop tweeting like a madman, or he'll earn himself a nickname. Perhaps…"Twitler"

The realisation came during a heated message board exchange that ended with someone referring to their rival as:

It was agreed by all that the use of Trump as an insult was a gross overstep, and the offender rightfully conceded the argument.

A similar thing happened not long after, as two Twitter-debaters simultaneously referred to one another as a:

After confirming they were both imagining Trump, the pair admitted a no-score draw, and went their separate ways. Probably to to argue with Piers Morgan like everybody else.

The final straw, however, came when a nursery teacher shouted at a room full of 3-year-olds:

You semi-literate simpletons are no better than the President of the United States!

And even though they were only toddlers, they knew that this was an unwarranted escalation. The teacher correctly resigned not long after, and went to have a big think about her whole deal.

As is normal now, we will probably be called ‘politically correct’ for saying that it’s offensive to liken people to Trump. But you have to remember that the people calling you that are the sort who wouldn’t even mind being compared to Trump. And as such, they are clearly worse than every 20th century dictator combined.

But – oh shit – did I just lose my own argument?

EVERYONE EXCEPT ME IS HITLER!!!