Blair and Mandelson are running around Stoke punching potential voters 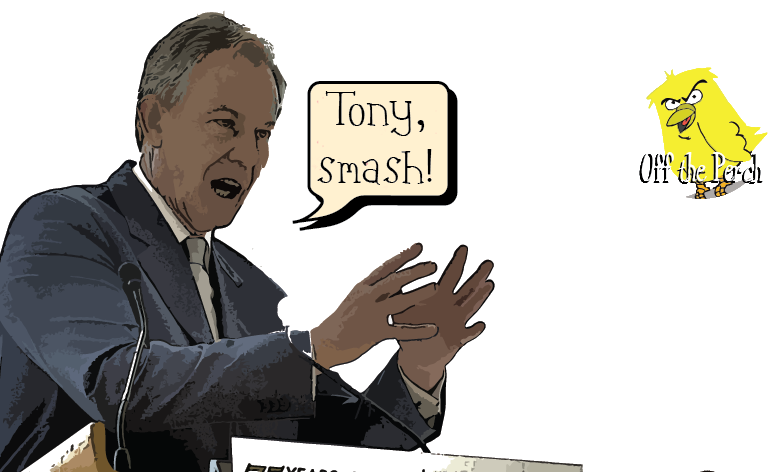 In the last day of campaigning for Stoke-on-Trent Central, Labour has been trying to reach as many voters as possible. The united front was somewhat let down by the former leader of the party, however. Primarily because Tony Blair and his little buddy, Peter Mandelson, have been running around punching potential voters in the lower body.

Blair is of course dead famous, but Mandelson is somewhat less recognisable. You can tell something is off with him, though, as he looks like a journeyman vicar who’s been infected with vampirism and piles. To make up for any issues of recognition, however, they both wore Labour-branded mankinis as they ran amok.

A bystander who got caught up in the ruckus told us the following:

It was really something! I was minding my own business, when I heard someone running up behind me shouting ‘things can only get BATTER’. And then immediately after, the ex-PM punched me in the arse. I turned round to ask what the hell he was doing, and he asked ‘how’s that for a hard Brexit?’

It got embarrassing from that point onwards, as Blair started screaming ‘ARISE, MY PRETTY REMAINERS’. None of them would though. But a few made it clear that although they think Brexit is a disastrous heap of flaming dinosaur shit, they still prefer it to Blair.

Mandelson got involved at that point, and he punched me in the thigh. I don’t know what’s wrong with him, but he felt like he was composed of sand. Like an evil pharaoh who’d been brought back to life with dreadful pyramid magic.

With Labour looking like it could hold the seat, it seems like Blair and Mandelson’s actions may have been in vain. Although Blair has at least managed to make more people annoyed with him. And if that isn’t his purpose in life now, you do wonder why he keeps coming back.