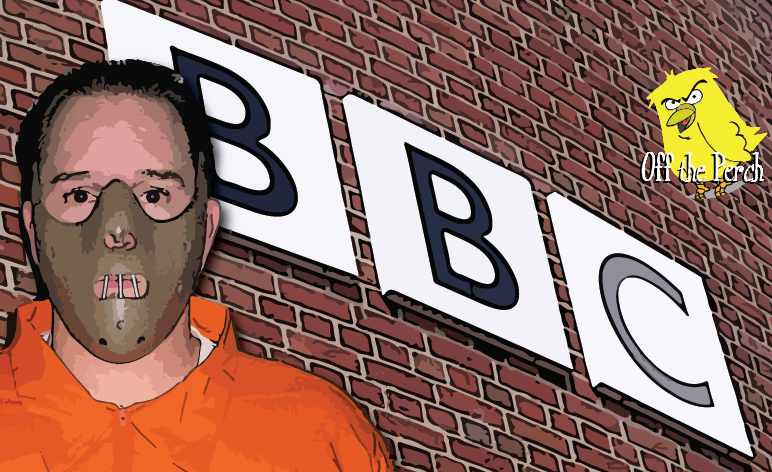 In the name of balance, The BBC had two people speak about the NHS recently. One of them thought the NHS was a good thing, and the other thought it was:

And to make things even more balanced, the BBC neglected to mention that Mr Horror-Cock would financially benefit from privatising the NHS.

Because obviously it would be unfair to tell viewers about that, right?

Because if they did know that, they probably wouldn’t listen to him.

Who are these fairness rules supposed to protect again?

Because as we all know, balance is dedicating 50% of a debate to a considered and majority opinion, and 50% of proceedings to the ravings of a dangerously unhinged mega-bastard who is seeking to personally profit from the misery of others.

The two interviews went roughly about as expected. So the pro-human rights speech went like this:

Sorry, are you seriously asking me to defend not-eating people? As if cannibalism was a perfectly acceptable counter-opinion? Jesus f*cking Christ! Why are you normalising this,  you dead-eyed, hand-wringing freaks?

The pro-cannibal speech was basically just a minute of excited growling and mouth-frothing. A minute which was followed by the cannibal in question attacking a cameraman and eating one of his fingers.

Although of course no one mentioned that the guy was a certified cannibal.

And as such people can now rationally consider the two main sides of the debate.

The two sides which consist of:

Which shows the importance of ‘BALANCE(!!!)’.

Because if we didn’t do it this way, people might have mistakenly thought that one of these positions was more valid than the other.