UKIP changes Facebook status from 'in politics' to 'it’s complicated' 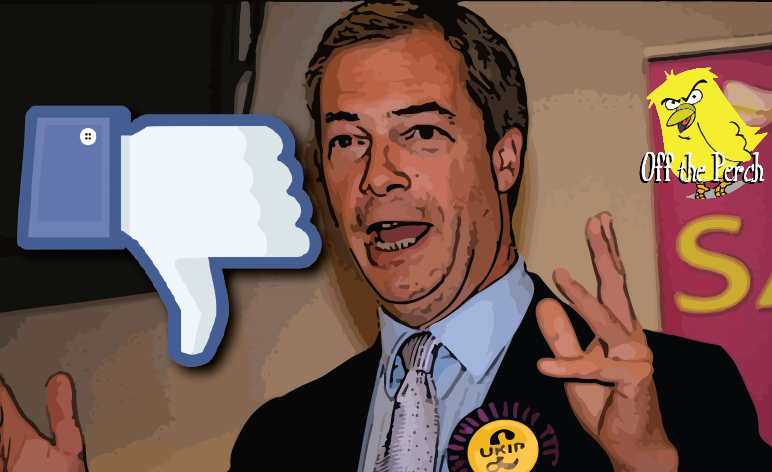 UKIP has had a tough old month. It began when its leader and third in line to the throne, Lieutenant Paul “Thunder Guns” Nuttall, failed to become an MP. And things (somehow!) only spiralled downwards from there. Primarily because:

As a result of all this, UKIP has changed its Facebook status from ‘in politics’ to ‘it’s complicated’.

The move by UKIP was of course a surprise to the millions of voters who were ‘in a relationship’ with it. Voters who are now experiencing what all recently unattached people experience. Namely a tirade of unsolicited messages from leery social media creepers.

One such UKIP supporter reported getting messages from the British National Party (BNP):

Hey, baby. What’s up? I hear you split up with UKIP. You looking to get together with a real party?

GET WITH ME, OR ELSE! I AM SO SERIOUS I HAVE TURNED MY CAPS LOCK ON AND MY SPELL-CHUCKER OF!!!!!

The UKIP supporter told us that they said yes to this, and were rewarded with several shots of former EDL leader Tommy Robinson. Not of his penis, mind. Just of Robinson himself.

Although supporters are on the rebound now, that doesn’t mean they won’t eventually just make up with UKIP. And even if they don’t, it looks like most of them are looking to hook up with the Tories next anyway. Which doesn’t speak much for taste but, then again, the British electorate has thoroughly played the field at this point. And the result has been that no party has ever really left them satisfied.

Not even the one with the massive Balls.