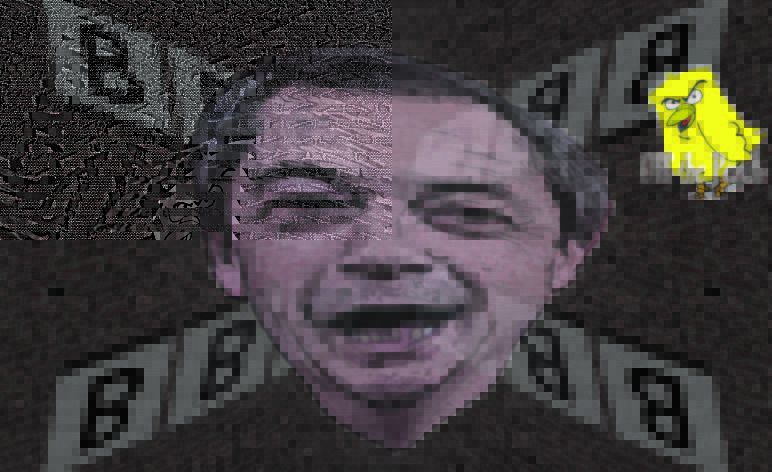 As part of its continuing mission to achieve ‘balance’, the BBC has announced a new quota. Namely to ensure that all of its output is 50% Nigel Farage by 2019. Because, as we all know, every single event must be filtered through the brain of a politician who has serially failed to become an MP, because…

…why is that a thing again?

Viewers will have noticed that the BBC is currently about 25% Nigel Farage. A frighteningly low figure which puts ordinary Brits in danger of not constantly knowing Farage’s opinion.

Recent appearances by Farage have included:

The BBC has reassured viewers that all future programming will feature Nigel Farage. Obviously, Farage may not always be available. But there’s a reliable stand-in for such occasions. Namely a stretched, animatronic puppet of Mr Toad that’s had its skin painted grey and is programmed to shout “FOREIGNERS!” on command.