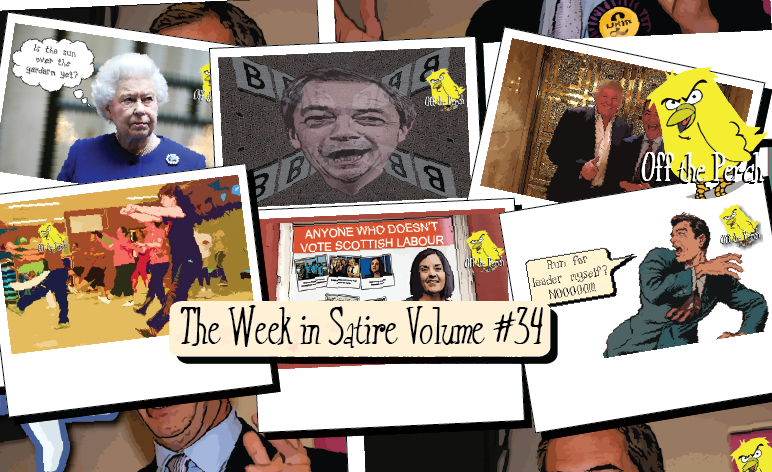 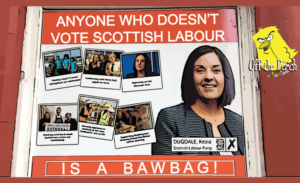 Labour just had an excellent weekend of campaigning in Scotland.

A weekend which began with Sadiq Khan suggesting that anyone who supports Scottish Independence (ie 45% of all Scots) is as bad as Nigel Farage. And a weekend which ended with Jeremy Corbyn threatening to impose a Trumpian-lite hard-border if Scotland ever leaves.

Because as we all know, if there’s one thing that Scots respond well too, it’s threats, insults, and stupidity.

Scottish Labour’s leader, Kezia Dugdale, is riding this wave of genius on a surfboard of sloganeering. By which I mean she’s come up with a new slogan. Said slogan being:

Anyone who doesn’t vote Scottish Labour is a bawbag. 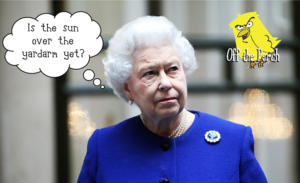 You can’t open your email these days without several messages jumping out, all promising to help you live forever. Celebrity tips, the latest fad diet, new ways of making smoothies, how to do breakfast like Gwyneth Paltrow.

It’s all rubbish, obviously. But lucrative rubbish. A handy earner on the side for various fading celebs and reality TV ‘stars’. And one of Britain’s oldest famous people, the Queen, is nothing if not up for a business venture. What with nearly everyone saying it would be silly for her to get hardship payments to heat Buckingham Palace, Liz has got to find the money somewhere. It would take too long to look down the back of her hundreds of sofas, so she needs to get entrepreneurial.

Charles has led the way by showing it’s possible to monetise his passion for biscuits which taste like eating a medieval barn. So now, his mum’s getting in on the food action. 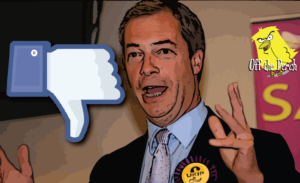 UKIP changes Facebook status from ‘in politics’ to ‘it’s complicated’

UKIP has had a tough old month. It began when its leader and third in line to the throne, Lieutenant Paul “Thunder Guns” Nuttall, failed to become an MP. And things (somehow!) only spiralled downwards from there. Primarily because:

As a result of all this, UKIP has changed its Facebook status from ‘in politics’ to ‘it’s complicated’. 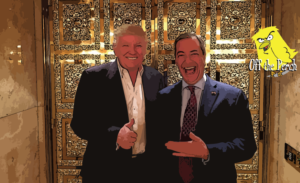 Wealthy elites mysteriously still in charge of everything

When Brexit and Trump happened, most of us thought:

Uh oh. I guess that’s game over for the wealthy, unelected, out-of-touch elites.

And yet, despite the vote having apparently gone against them, they still all appear to…

…be showered with every bit as much wealth and influence as before.

We spoke to Teddy Rubberclown, who has a decent job in London, but still felt annoyed by these elites whose power was allegedly dependent on Britain voting remain:

I thought things had changed after Brexit. That’s why I ran into HSBC’s headquarters shouting ‘Teddy’s in charge now!’ Turned out I wasn’t though, and they had me escorted from the building. The same thing happened at Greggs too, although they did at least let me keep the pastries they threw at me. 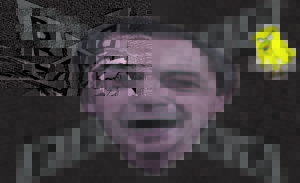 As part of its continuing mission to achieve ‘balance’, the BBC has announced a new quota. Namely to ensure that all of its output is 50% Nigel Farage by 2019. Because, as we all know, every single event must be filtered through the brain of a politician who has serially failed to become an MP, because…

…why is that a thing again?

Viewers will have noticed that the BBC is currently about 25% Nigel Farage. A frighteningly low figure which puts ordinary Brits in danger of not constantly knowing Farage’s opinion.

Recent appearances by Farage have included:

‘Someone should challenge Corbyn, BUT NOT ME!’ says every Labour MP

Many of Jeremy Corbyn’s rivals think that he’s doing a terrible job. And yet none of them seem eager to challenge him. Almost as if they appreciate that, regardless of who’s in charge, they face an uphill battle. A battle which will take place in a pouring gale with no shoes on and a flock of rabid kestrels bombarding them from every conceivable angle.

One of the most prominent MPs to suggest Corbyn should be replaced was Jess Phillips. Phillips said it was “too soon” to put herself forwards though. Likely because she needs time to gain experience and become a likable/competent politician.

Another who seemed to back away from the prospect was deputy leader Tom Watson. Watson was on TV, gloating about his party’s historic loss, when someone asked if he would run himself. Rather than answering though, Watson ran at the nearest window in an attempt to escape from the building. 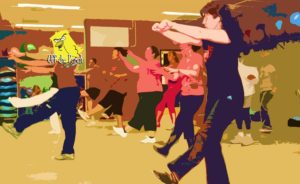 The following is a short and rather confusing email from Donald Trump to the real person in charge of the White House – Steve Bannon. Somehow, Trump managed to leak it accidentally in a series of tweets before quickly deleting them and tweeting instead about how mean CNN was being to him.

I miss my life. I used to be such a fun-loving guy. Sure, I laid the groundwork for this odious persona over a few decades. But out of the spotlight, I could keep it real. Now that I have the full attention of the world, though, people genuinely think I’m a fascist. I mean, not cool. That’s not me.

I get why, too. I’ve been talking lots about Muslims, Mexicans, and grabbing stuff. Just like you told me to. And I’ve been playing the role of village idiot as best I can. I’ve followed the script to a T. Honestly, I deserve an Oscar after all of this. But you’re not paying me enough to keep this up.