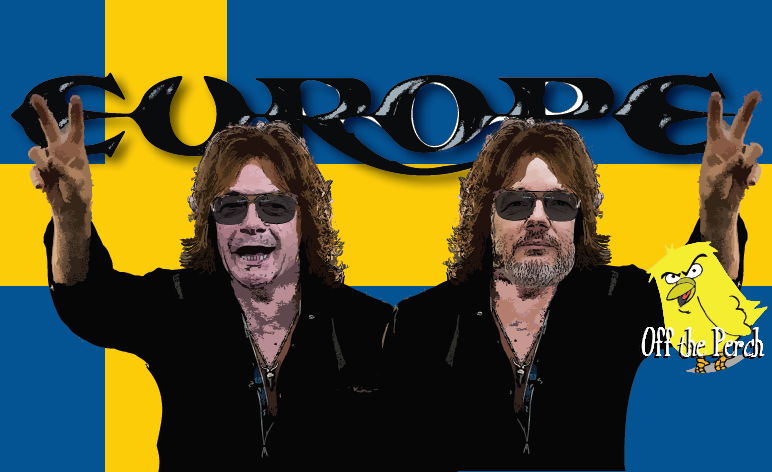 When Nigel Farage was spotted coming out of the Ecuadorian Embassy in London, most people assumed he’d been plotting world domination with Julian Assange.

But it’s now been revealed that something far more sinister, weird, and drivingly melodic was happening.

The two men were forming a cover band.

We spoke to a cleaner who walked in on the duo:

I was cleaning the hallway outside Mr Assange’s room when I heard the unmistakable riff from The Final Countdown. A riff which was quickly followed by the unmistakable sound of two men who can’t sing trying to harmonise.

I walked into Mr Assange’s room and saw that the two men had removed their shirts and tied their ties round their heads. Farage was smoking a cigarette with his eyes closed while roughly manhandling what appeared to be a child-size bass guitar. On his sweaty beer belly I noticed he had ‘Europe’ tattooed above a panther that was coloured like the Swedish flag.

When Mr Assange saw me, he shouted that I had to get out, and then threw a tambourine at me. He didn’t need to tell me twice.

The last band you’d expect Farage to enjoy would be Europe. And yet WikiLeaks obtained material which showed that Farage has run a Europe fan club since 1982. The information just hadn’t surfaced before now because no one really reads those massive leaks. They just read the first few pages, and then copy the highlights from BuzzFeed.

Assange read some of it, though. And he used the information to fake an interest in 80s stadium-rock to make a new friend.

Which allegedly isn’t the worst thing Assange has done to make a powerful friend, but it’s close.