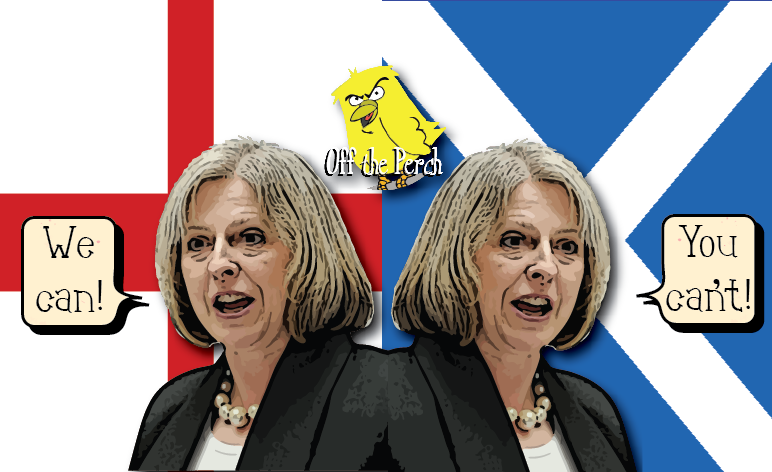 The answer wasn’t long in forthcoming, however, as it’s already been revealed that May simply plans on using pre-written Brexit speeches and just reversing the context.

An analysis of the PM’s words found the following changes from her BREXIT to INDEPENDENCE speeches:

The other problem for May is that she’ll have to publicly convince people of her argument. And she hates doing that, because she’s terrible at it.

There’ll be no getting away with turning up in Scotland and shouting at people:

There’ll be no tolerance for repeatedly refusing to answer why Scotland should even stay.

And there’ll certainly be no getting away with the Team Fear nonsense they got away with last time.

Unless, of course, they threaten to make Katie Hopkins England’s permanent ambassador to Scotland.

Now that really would be something to fear. Or at least be somewhat irritated by. And potentially not even that if they get good at ignoring her.

So yeah – I guess the Tories have no play here at all.