Hammond agrees to do what the tabloids ordered him to - Canary 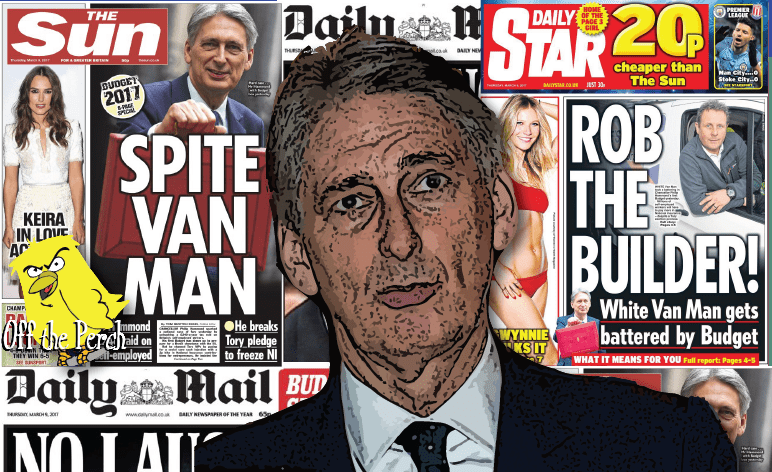 When Philip Hammond announced plans to raise national insurance contributions for self-employed people, there was OUTRAGE. Which is often the case when the Tories announce a new policy. But that past outrage was only displayed by millions of affected humans. Whereas this outrage was coming from the only true source of concern for politicians. And that’s sheets of paper with words written on them. Words which are owned by crooked, billionaire media-toads, and written by the sort of people who largely don’t mind working for such crooks.

Philip Hammond made the mistake of thinking that, because the right-wing media detest Labour, that means they must like him. But in reality, the only things they like are:

And as such, when Hammond stepped out of line, they gave him the sort of kicking that even people who like to watch people getting kicked thought was a bit too kicky.

So Hammond obediently kicked his proposed rise to the kerb. And with a flip-flop like this, many people end up thinking:

See! So the government can be turned around.

But unfortunately, all this particular U-turn shows is that the press are acting as the government’s sat-nav. And whenever the government drives off in its own direction, they’re greeted by the furious, bollock-faced tones of Rupert Murdoch screaming: