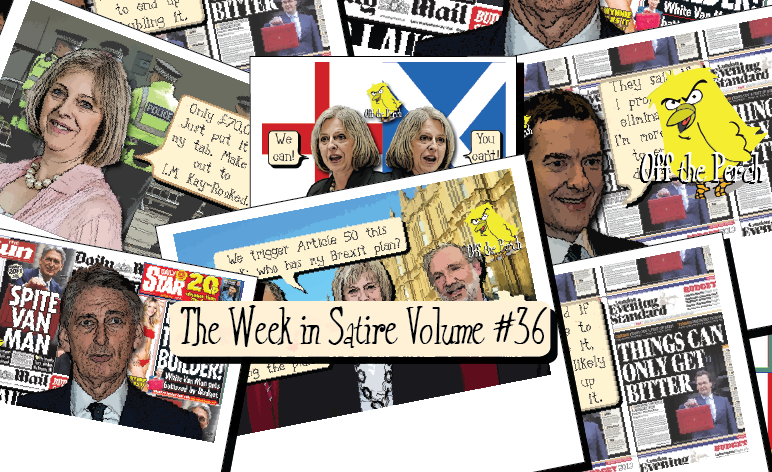 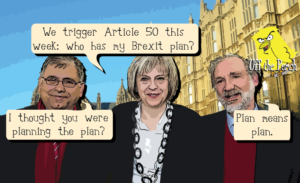 ‘I thought you were coming up with the plan!’ screams every Tory at once

We are now mere hours away from the government triggering Article 50. Which is one of the reasons why the Tory party is turning on itself like a rabid dog barking at its own arsehole. Primarily because the party still hasn’t come up with a plan. Secondly because they haven’t even planned whose job it was to plan-out a plan. And thirdly because the only thing they hate more than everyone else is each other.

We spoke to Professor Karen Whoopsie about the matter. Whoopsie being the leading expert on history’s greatest f*ck-ups: 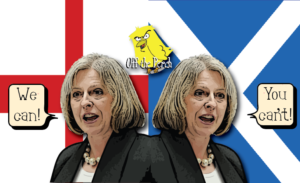 The answer wasn’t long in forthcoming, however, as it’s already been revealed that May simply plans on using pre-written Brexit speeches and just reversing the context.

An analysis of the PM’s words found the following changes from her BREXIT to INDEPENDENCE speeches: 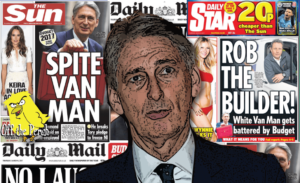 Hammond agrees to do what the tabloids ordered him to

When Philip Hammond announced plans to raise national insurance contributions for self-employed people, there was OUTRAGE. Which is often the case when the Tories announce a new policy. But that past outrage was only displayed by millions of affected humans. Whereas this outrage was coming from the only true source of concern for politicians. And that’s sheets of paper with words written on them. Words which are owned by crooked, billionaire media-toads, and written by the sort of people who largely don’t mind working for such crooks.

Philip Hammond made the mistake of thinking that, because the right-wing media detest Labour, that means they must like him. But in reality, the only things they like are: 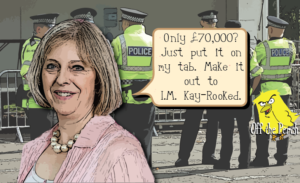 When the Electoral Commission declared that the Tories would be fined £70,000 for crooked electoral practices, many thought:

Jeepers, that’s a lot of money.

Whereas the Tories thought:

Hang on a minute, I think I left some loose change in my other jodhpurs.

What’s a country worth?

An undercover reporter for Off The Perch relayed the following scenes from Tory HQ:

MAY: If I’d known the cost would be so low, I would have suggested that we run some candidates in made-up constituencies. We could have had a majority of 600! 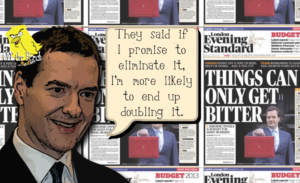 In case you missed it, George Osborne has been made the editor of The London Evening Standard.

Presumably for his tireless services to truth and accuracy.

Which seems like a perfectly logical reward, right? Much like when I was made the senior manager of the RSPB because I ran over some birds.

If you feel like you’re losing your grip on reality, don’t worry – you are. Primarily because reality is getting away from us faster than we can manage to cling on.

Does anybody know what George Osborne editing the Standard will mean for the Northern Powerhouse?

Other than that it still won't exist