NHS to meet staffing shortages with self-service surgery - The Canary 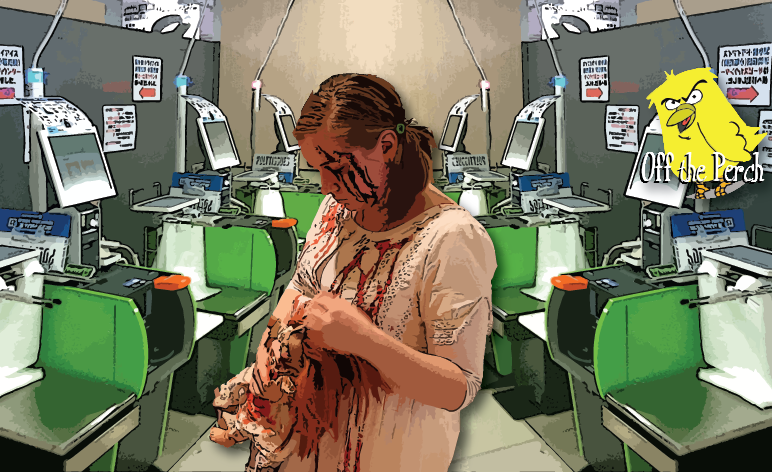 The NHS is in something of a bind following the news that most European doctors are considering leaving the UK. Which is why the government has had to bring forward plans to automate surgical and invasive procedures. Something Jeremy Hunt said was fine, because “the technology is only about 40 years off working anyway”.

Off The Perch went to visit a test site for the new self-service health care. It was basically like one of those self-service checkout pens you get at a supermarket. Only with slightly less screaming and slightly more bodily fluids.

Thankfully, the patients had curtains for their privacy. Although you still got an idea of what was going on from the automated complaints coming of the surgical machines. Complaints which included:

UNEXPECTED ORGAN IN THE BAGGING AREA.

PLEASE WAIT FOR RESUSCITATION. A MEMBER OF STAFF WILL BE WITH YOU SHORTLY. PROBABLY.

One of the worst pieces of information revealed is that this system won’t actually save any money. Like many of the Tories’ heartless schemes. With Jeremy Hunt confessing:

I was given a plan, and I thought: ‘Hmm. That’s a cruel and unusual new approach to medicine.’ So I signed it off without checking how much it would cost.

As such, several of the self-service surgical wards are facing closure before they’ve even opened. With the official government advise being: