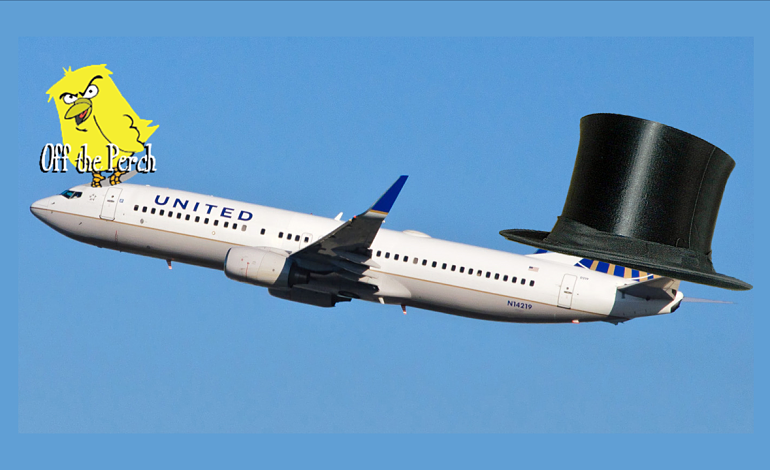 An airline which stopped several girls from travelling because they were wearing leggings has refused to budge.

The girls were travelling on an employee family pass and were therefore ‘representing the company’. Perhaps their paycheques are in the post.

United Airlines has stood firm over its policy, despite the best efforts of a number of celebrities. A lot of people who aren’t celebrities also thought United was being a douche and gave the PR team a day to remember.

The airline has now confirmed that female ‘pass travellers’ under 18 months old should wear a full coverage Babygro. Above that age but under 13, they should dress like Jessica Fletcher from Murder, She Wrote. Teens and older should wear full buttoned-up Victorian day dresses. No ankles or wrists on view. Bosses hope this should confirm United’s reputation as a really respectable airline.

United attempted to fend off accusations of double standards by confirming that boys and gentlemen would also have to wear clothes.

Aviation experts have questioned the safety aspects of United’s plan to make its planes wear top hats. Although they’ve conceded that, once all planes have to taxi along behind a nostalgia-soaked man-with-a-red-flag, this won’t be a problem. United admits the new procedure will lengthen journey times. And it may have to withdraw certain destinations that don’t have wide enough roads for a jumbo.

Off The Perch contacted a United executive to ask whether anyone had thought any of this through. “I don’t make the rules, I just enforce them” was his eerily robotic response.