‘Anarchy in the UK’ singer backs Brexit for some reason 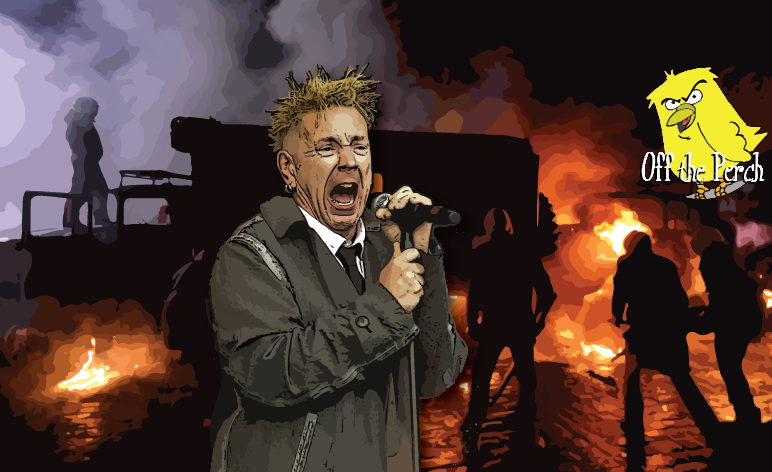 John “Rotten” Lydon – a man who made a career out of being obnoxious – has come out in favour of Brexit and Trump.

Which has shocked many. As how could a man who once called for ‘Anarchy in the UK’ possibly back something as potentially catastrophic as… Brexit… or Trump…

We spoke to what we thought was a punk historian. Although it later turned out to just be a regular historian who had been run over by a street-sweeper and had his clothes shredded:

Throughout his career, Lydon has had a knack for annoying people. In the 70s, this meant putting amphetamines on his cereal and spitting at people. In later life, it entailed making everyone think he was actually the sort of person he once implied we should stand against.

A feat that he achieved by becoming a corporate shill for butter, appearing on reality TV, and being accused of racially aggravated assault.

We asked the historian if all this was the essence of punk:

Despite having shouted “you should keep your mouth shut!” at every celebrity who disagreed with them, prominent figures on the right have been relishing Lydon’s support. Which suggests three things: