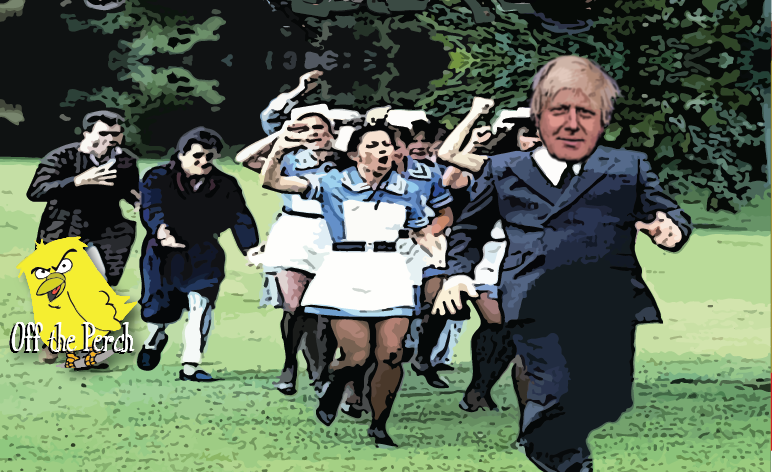 The triggering of Article 50 has been accompanied by the catchiest of all British ditties. Namely the ‘Benny Hill theme’, which is more accurately known as Yakety Sax.

Off The Perch caught up with Boris Johnson to find out what the jingo was going on:

OTP: So, Boris. Why are you blaring the Benny Hill theme at us?

BJ: Now that Britain is Britain again, we thought it would be spiffing to play a bit of the good-old British knees-up music.

OTP: You realise that Yakety Sax is synonymous with the idea of ‘farce’, right?

BJ: Farce? What’s that when it’s at home?

OTP: You know when you personally get up in the morning and go about your business? Well it’s that, basically.

Johnson then proceeded to be chased away by a line of British bobbies who were waving their truncheons at him in a ‘stop’ motion.

Which is, of course, what the Tories’ ‘Deal or No Deal’ Brexit seems poised to deliver. Albeit without the expectation of an amusing punchline to ultimately bring some relief.