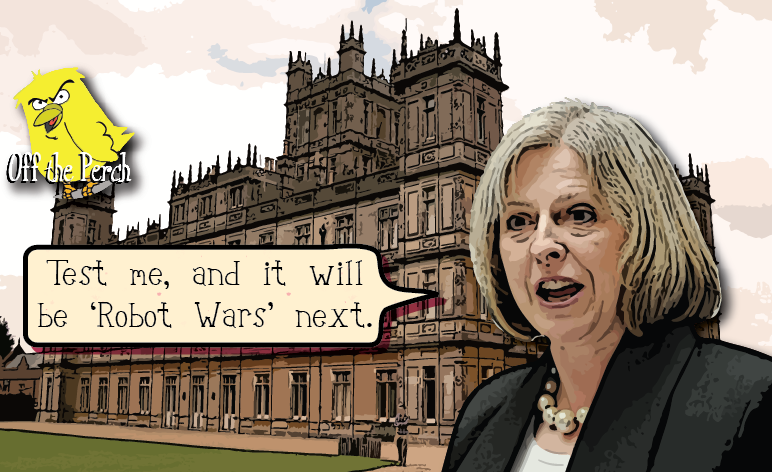 When we handed in our Article 50 papers, Theresa May made it clear that unless we get a favourable deal, we would passively collaborate with ISIS to ensure the deaths of mainland Europeans withhold security information.

That plan didn’t work, however. And so the PM has been forced to bring out the big guns.

If there’s one thing that Britain is known for, it’s all that period drama bollocks we pump out. Which is why May threatened to withhold the next series of ‘Downton Abbey’ from our continental cousins.

The only problem, as the EU’s trained negotiators pointed out, is that ‘Downton Abbey’ has finished. And so May threatened to withhold some other things. The list of such things including:

Once more, the negotiators were quick to point out that these were things that alternatively were:

After failing to name anything the Europeans might want, the PM shouted:

Do we not make anything worthwhile in this country anymore?

At which point someone passed her a red baseball cap that said ‘MAKE BANANAS BENDY AGAIN’. And all at once the reality of her bargaining hand sunk in.