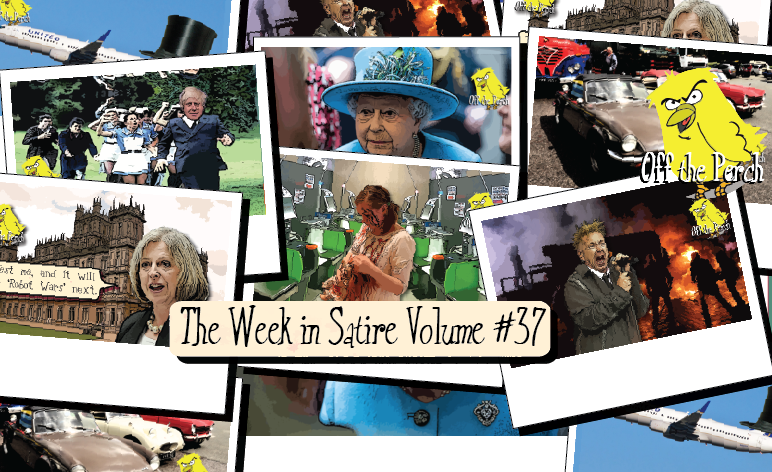 A week in which Article 50 was finally triggered! A week in which several key Brexit promises (reduced immigration/red-tape etc) were discarded! And a week in which David Cameron’s worries of Brexit leading to World War III were vindicated!

Or at least somewhat vindicated, as the current Defence Secretary promised to “protect” Gibraltar “all the way”.

Which is military talk for ‘shoot first, be investigated for war crimes later’. 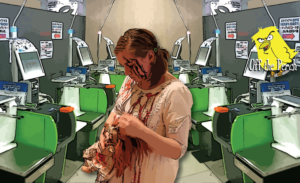 The NHS is in something of a bind following the news that most European doctors are considering leaving the UK. Which is why the government has had to bring forward plans to automate surgical and invasive procedures. Something Jeremy Hunt said was fine, because “the technology is only about 40 years off working anyway”.

Off The Perch went to visit a test site for the new self-service health care. It was basically like one of those self-service checkout pens you get at a supermarket. Only with slightly less screaming and slightly more bodily fluids.

Thankfully, the patients had curtains for their privacy. Although you still got an idea of what was going on from the automated complaints coming of the surgical machines. Complaints which included:

UNEXPECTED ORGAN IN THE BAGGING AREA. 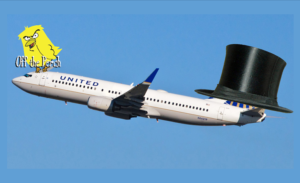 An airline which stopped several girls from travelling because they were wearing leggings has refused to budge.

The girls were travelling on an employee family pass and were therefore ‘representing the company’. Perhaps their paycheques are in the post.

United Airlines has stood firm over its policy, despite the best efforts of a number of celebrities. A lot of people who aren’t celebrities also thought United was being a douche and gave the PR team a day to remember. 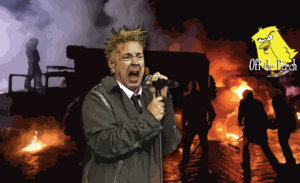 ‘Anarchy in the UK’ singer backs Brexit for some reason

John “Rotten” Lydon – a man who made a career out of being obnoxious – has come out in favour of Brexit and Trump.

Which has shocked many. As how could a man who once called for ‘Anarchy in the UK’ possibly back something as potentially catastrophic as… Brexit… or Trump…

We spoke to what we thought was a punk historian. Although it later turned out to just be a regular historian who had been run over by a street-sweeper and had his clothes shredded:

Throughout his career, Lydon has had a knack for annoying people. In the 70s, this meant putting amphetamines on his cereal and spitting at people. In later life, it entailed making everyone think he was actually the sort of person he once implied we should stand against. 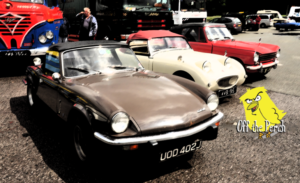 Finally, after years of having to go everywhere in kilometres, with no idea how much fuel they were using, UK motorists will be able to drive in good old British miles per gallon again.

This popular move is one of a number of benefits from Theresa May triggering Article 50.

For decades, UK drivers have been unable to work out which car to buy, because the fuel economy numbers didn’t make any sense. “I can’t work out whether to go for the 2 litre petrol or the 2.4 diesel”, moaned customer Derek Sierra at a dealership in Croydon. 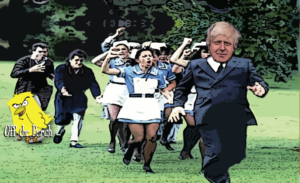 The triggering of Article 50 has been accompanied by the catchiest of all British ditties. Namely the ‘Benny Hill theme’, which is more accurately known as Yakety Sax.

Off The Perch caught up with Boris Johnson to find out what the jingo was going on:

OTP: So, Boris. Why are you blaring the Benny Hill theme at us?

BJ: Now that Britain is Britain again, we thought it would be spiffing to play a bit of the good-old British knees-up music.

OTP: You realise that Yakety Sax is synonymous with the idea of ‘farce’, right?

BJ: Farce? What’s that when it’s at home?

OTP: You know when you personally get up in the morning and go about your business? Well it’s that, basically. 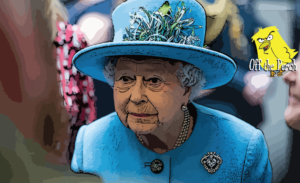 The Queen delivers an impromptu response to the triggering of Brexit

The Queen has delivered an impromptu response to the triggering of Article 50, which starts the two-year countdown to the UK leaving the EU. The statement was recorded on an iPhone in a Buckingham Palace bathroom, and features a tired and emotional monarch.

The reaction of Her Majesty The Queen

With her crown askew, and apparently adorned with Ferrero Rocher wrappers, the Queen sits on the lid of a Buckingham Palace toilet. Several empty gin bottles adorn the cistern behind her. The identity of the person filming is not initially apparent, but the footage is handheld and the Queen has both hands free. In one, she holds an Embassy No. 1 cigarette which she consumes in four long drags. In the other, a copy of Theresa May’s letter to trigger Brexit.

“Well isn’t thish all jusht a f*cking delight?!” She waves the letter at the camera. 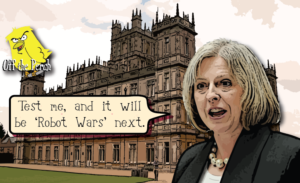 When we handed in our Article 50 papers, Theresa May made it clear that unless we get a favourable deal, we would passively collaborate with ISIS to ensure the deaths of mainland Europeans withhold security information.

That plan didn’t work, however. And so the PM has been forced to bring out the big guns.

If there’s one thing that Britain is known for, it’s all that period drama bollocks we pump out. Which is why May threatened to withhold the next series of ‘Downton Abbey’ from our continental cousins.

The only problem, as the EU’s trained negotiators pointed out, is that ‘Downton Abbey’ has finished. And so May threatened to withhold some other things. The list of such things including: