Farage donates his flotilla to the invasion of Spain 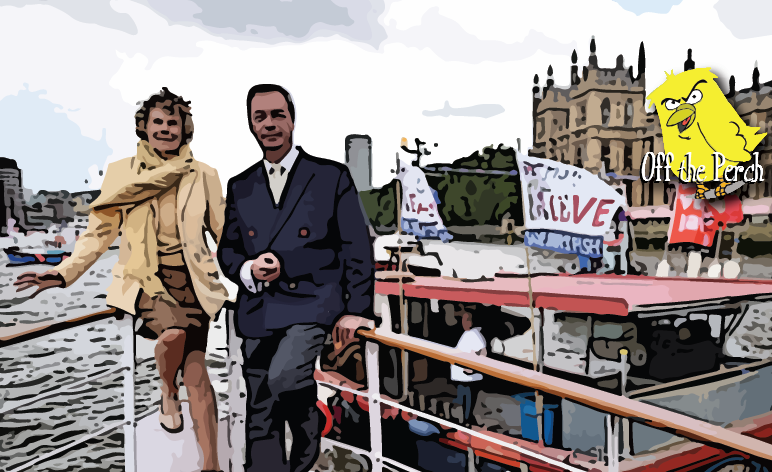 On 2 April, former leader of the Conservative Party Michael Howard hinted we could go to war with Spain. And although he said many things that implied that we definitely could, he also explicitly said that we shouldn’t.

Which would have been quite clever, if people didn’t already understand concepts like ‘subtext’, ‘reading between the lines’, and ‘calling a spade an idiot’.

And although some insisted that the former leader of the Conservative Party does not represent Conservative thinking, others were quick to get behind him:

The only problem with this potential war with Spain is that a lot of our budget is currently tied up. Primarily in replacing our passports with slightly different passports, and funding thinktanks to come up with a single reason why returning to imperial measurements isn’t completely bananas. The myth of bendy bananas being the only other reason for Brexit left standing of course: with promises like curbing immigration and abandoning red-tape having been cast aside like yesterday’s gammon-faced Prime Minister.

Thankfully, there is one man who has access to an armada of ships, and that man is Nigel Farage. Speaking to Off The Perch, Farage said:

If I need to start WWIII to cover up that I may actually have made a massive mistake, then that’s exactly what I intend to do.

Unfortunately for Mr Farage, the fishermen who made up his flotilla have other ideas:

He told us we’d get our fishing rights back. But it looks like his promises were variously all red herrings or a load of old trout.

Asked if they’d be part of Farage’s navy, the fishermen said:

Although others are predicting that invading Spain is so foolish that no one could ever go through with it, just remember that that’s exactly what we said about Brexit.