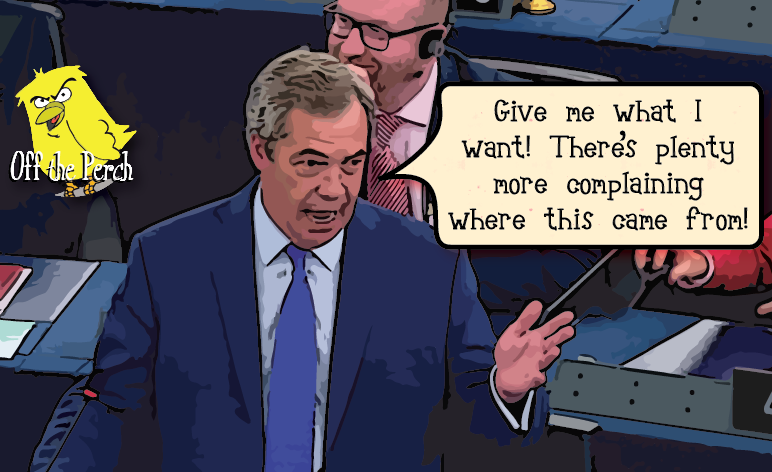 Nigel Farage has accused EU leaders of behaving like “the mafia”. And as a follow up, he has made them an offer they can’t refuse. Which is either they give us exactly what we want, or we will not be happy!

And if they thought the UK’s complaining was bad before, just wait until they don’t even have to listen to us anymore because we disinvited ourselves from their club!

People tried to explain to Farage that it isn’t the case that Britain is being given a bad deal because it’s leaving the EU. It’s actually that we were only getting a good deal in the first place because we were part of the union.

Although at this point, we may have taken that analogy beyond its usefulness.

Farage thinks that the EU is looking at us – as we behave with class, dignity, and not at all like we’re having some sort of nation-wide nervous breakdown – and is thinking:

The Brits must have more resolve than we expected. Just look how majestically they are conducting themselves! We’d better give them exactly what they want before they invade us with their mighty navy.

And Farage hammered this point home by telling his fellow MEPs that they’re all gangsters. Before tearing his trousers off and proudly showing them his Union Jack Y-fronts. And then singing the national anthem while only forgetting most of the words.

And if that doesn’t show them who’s boss, it’s likely that nothing ever will.