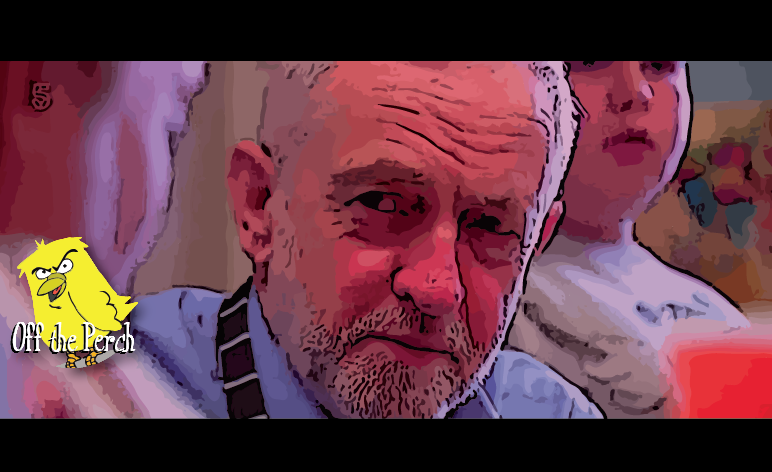 EDITORIAL NOTE: We think this article was originally intended for a tabloid newspaper, but was somehow forwarded to us. Thankfully the tone of their reporting is almost identical to our satire, so we were still able to use it.

On Thursday 6 April Jeremy Corbyn revealed an EVIL PLOT to fund FREE SCHOOL DINNERS by making the super-rich pay their fair share. We can now sensationally reveal that the HAPLESS COMMIE will be dishing out something far more sinister than free fish fingers.

And that something is SOCIALIST IDEOLOGY!

We were going to interview a hard-right think tank about why SHARING is so evil. They were busy though, and we had to make do with a liberal commentator. Luckily for us, their opinions on the matter were almost identical:

We know that social democracy doesn’t work, because that’s what we keep saying. And if it wasn’t true, why would we keep saying it? I’ve certainly never read anyone saying otherwise, and I routinely read the opinions of three different men!

The problem with handouts is that you condition children to think sharing is good. It’s like when you have a pet, and you think it’s in the animal’s best interest to care for it. But then you dump it in the wilderness one day, and within 48 hours it’s dead. And you realise that all the time you spent caring for it was the problem. Because you didn’t condition the animal to deal with the cruelty that you would randomly inflict upon it at a later date.

Which is why the kindest thing we can do for children is to treat them badly. So that they grow up capable of living in a bad world. Not treat them kindly in the mad hope that they’ll grow up and treat others the same.

It just won’t work. And I should know. Because I’ve read three articles today which say exactly the same thing!

When there is this much stupid in your head, a little can't help but leak out I guess… pic.twitter.com/ASt7fRA8cY

So remember, it’s not worth being a GOODY TWO-SHOES, because companies will just profit anyway!

Which isn’t to say that companies shouldn’t continue to profit.

Just – you know – that nobody else should.

And please – FOR THE LOVE OF BIG BUSINESS – do not start thinking capitalists have had such a malign influence that even people on the left cannot envision a world in which societies benefit the majority of people who live in them.