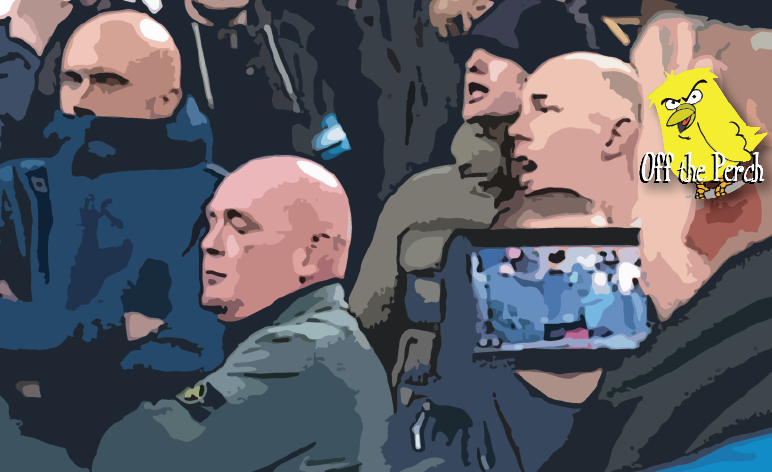 Football hooligans (Hooliganus footballus) were on the verge of extinction in the UK. This was because the hooligans’ traditional source of nourishment became less fulfilling over time. Said nourishment being xenophobia-rich tabloid newspapers. A food-stuff that became particularly hard to get hold of thanks to all those EU anti-open-sewage laws that were inflicted on us.

Thankfully though, a conservation attempt has been made. And now, once more, the unfettered and stagnant ooze of tabloid hatred is pooling across the UK. As such, the hooligans have been able to return and lay their eggs.

We spoke to the lead conservationist behind the reintroduction:

Of course, just providing the hooligans with food wasn’t enough. We also had to create the right environment for them. So the Department for Reckless Social Engineering helped us create patches of the UK in which wages were stagnant, prospects were non-existent, and hope was a total figment.

And once we’d created the perfect environment for social unrest, the hooligans came flocking straight back. It was a real textbook bit of conservation. The sort of disparate social conservation that the Conservatives have always been so wonderful at conserving.

Britain is so proud of our burgeoning population of hooligans that we’ve sent them on tour. And as the world sees the return of the natural order we were so famous for in the 1970s and 80s, you can’t help but feel proud as it turns to us and asks:

So this is what global Britain looks like, is it?