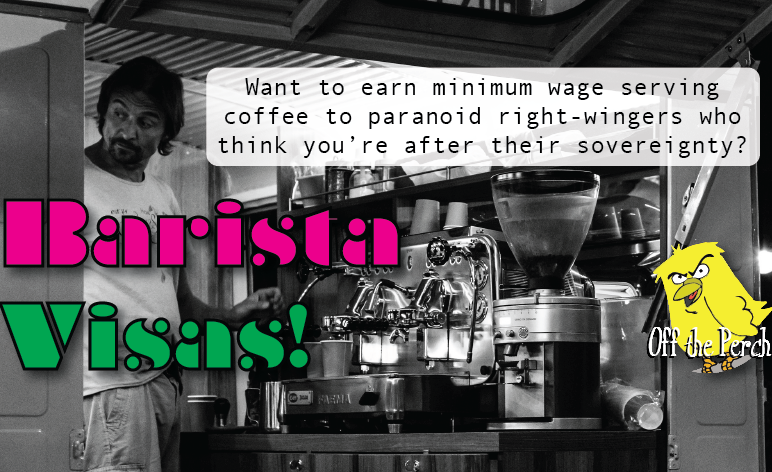 Many right-wingers celebrated Brexit because it meant we could finally boot out the foreigners!

Although this victory has been somewhat diminished by the revelation that we needed those migrant workers for working.

And that, without them, the UK will look like a scene from a zombie film. A ghastly place where members of the aristocracy are forced to make their own coffee, park their own Land Rovers, and rear their own children.

And obviously, we can’t be having that!

Welcome to the UK!

The government has unveiled a set of promotional posters to try and entice foreign workers back to the UK with so-called ‘barista visas’. 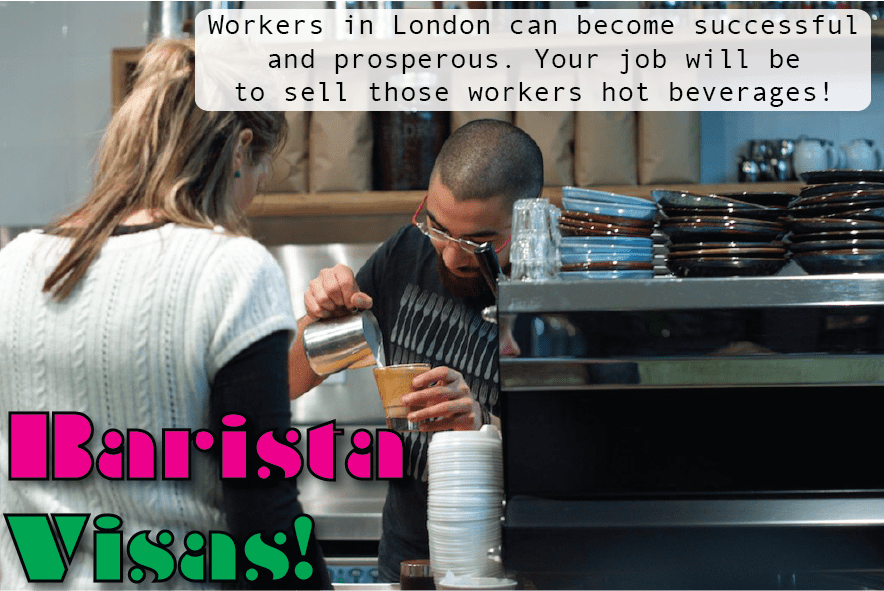 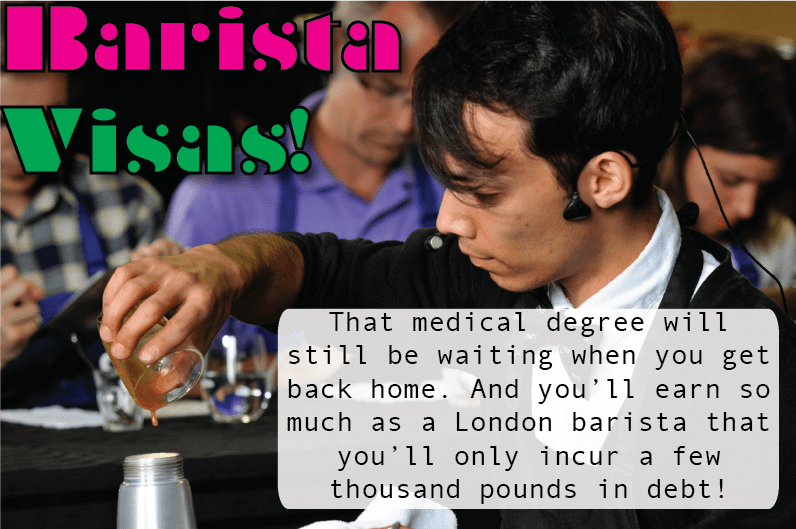 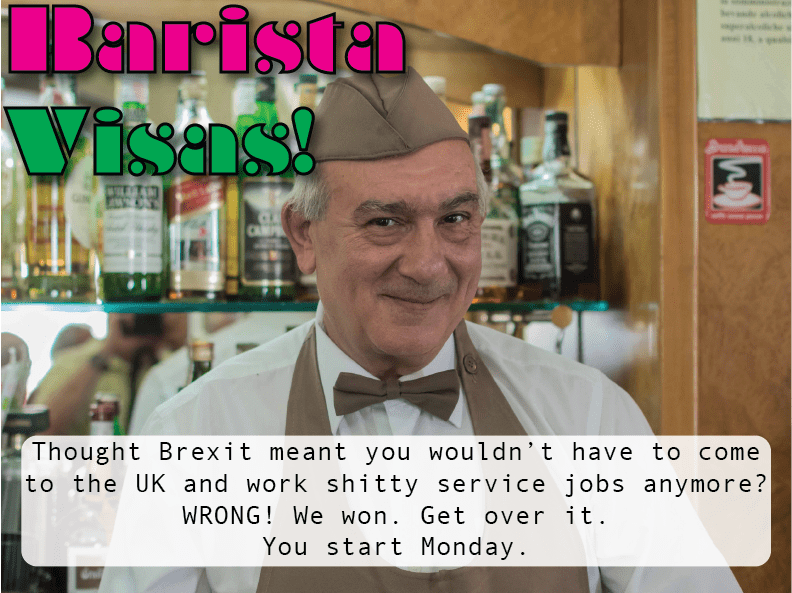 Although, obviously, it’s important to point out that said workers will have to return home after two years. And live in the sewers between shifts.

Because we wouldn’t want them to enjoy the society they generously contributed to.

There’s an outside chance that centring our politics around a barely concealed disgust for foreign people may ultimately repel them from coming here.

Which is why the Foreign Office is already planning an expedition to the Mediterranean to try and capture some native baristas on the Italian mainland.

Boris Johnson, who’ll be leading the expedition, has said:

I somehow always knew it would come to this.