The election in satire Week #1 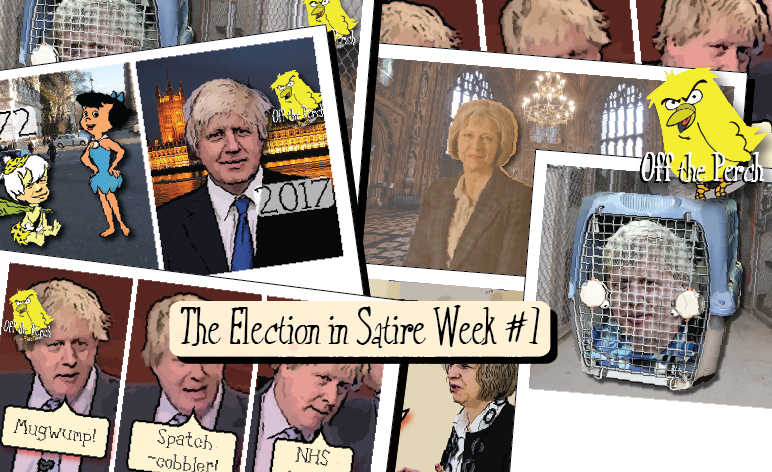 Wow. How long can May keep this up for? Theresa May today visits another empty factory (Derbyshire). pic.twitter.com/eI5hWytMLX 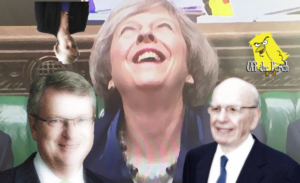 In a move some are calling the “logical conclusion” of modern-day Conservatism, the Tories have privatised their entire election campaign.

And in a nod to the post-Brexit ‘Global Vision’, most of the work will be done by Australians. Namely Lynton ‘Dead Cat Play’ Crosby and the irritatingly immortal Digger himself, Rupert Murdoch.

A source close to the campaign spilled the beans to Off The Perch:

Frankly, the idea of election campaigning being the preserve of elected representatives, paid from the public purse, makes me sick. It’s a throwback to the bad old days of big government. I’m sure there are some nostalgia-addled folk who think that Jeremy Corbyn addressing 10,000 people from the top of a fire engine is more ‘authentic’ than a smear campaign in the tabloids. But we don’t. Our expert team of muck rakers and shit stirrers is the best that money can buy. And by the way, we’re being really careful with the accounts this time round. No, no reason. Just thought I’d mention it. 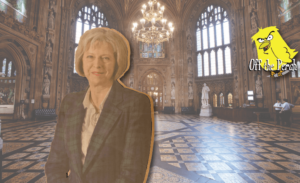 Journalists mistake a cardboard cutout for the real Theresa May

The media and the Prime Minister were left embarrassed today. Primarily because a cardboard cutout was mistaken for the real Theresa May. But also because it was several hours before anyone even noticed.

The press had been due to meet the PM at 11am. She was late, though. And no one told the waiting journos she was running behind; which unfortunately led to them mistaking the cutout for the real thing.

One of the confused journalists asked:

So Prime Minister, what are your plans for the country?

The cutout didn’t answer, obviously, which resulted in the twitterati pundit-class tweeting things like:

Pure genius from May – keeping her cards close to her chest like that. 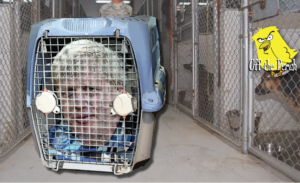 Boris Johnson to be kennelled throughout the election campaign

People have been wondering where Boris Johnson is. Although not too hard obviously, as the more pressing issue is ‘where on Earth is Theresa ‘no show’ May?’

Although the Prime Minister remains at large, the mystery of the missing Boris has at least been solved. As it turns out he’s been kennelled in a facility just outside of Berkshire.

We spoke to the intern that they employ to take Johnson on long walks to find out what’s going on:

It’s a shame, because Boris really is a good boy, but he’s getting on a bit now. And as such, you can’t really trust him around the electorate.

I took him out to meet some people in Kent the other week, and he ended up humping a fishmonger’s leg. I’d only turned my back for a second! 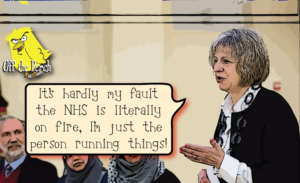 Problems in the UK ‘someone else’s fault’, claims UK government

The Tories have been in charge of the UK for seven long years now. And in that time, one thing has remained constant. That no matter what’s going wrong with the country, you can tell the people one of two things:

The Tories are masterminds at this.

Wondering how they’ve managed to create more debt than every Labour government combined?

Well, that was because Tony Blair spent too much on stationery in 1997. And although we’re so good at the economy, he was so bad at it that a situation has been created that even we can’t turn around.

Wondering why the NHS is on its knees?

Well, that’s because people keep getting sick, isn’t it? Imagine if you were trying to run a car mechanic’s and people kept bringing broken cars in? Or you ran a bakery and people kept coming in for sausage rolls?

HOW WOULD YOU GET ANYTHING DONE!? 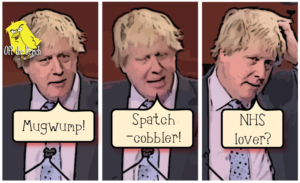 Just when we thought Boris Johnson had been sidelined, Mr ‘£350m-a-week’ came bumbling back. This time barraging Jeremy Corbyn with a deluge of words so expensive that only an Etonian would have the disposable income necessary to utter them.

The first insult came when Johnson called Corbyn a “mugwump” in The Sun – a newspaper that’s well known, of course, for its predominantly public school audience.

Johnson would later call Corbyn a: 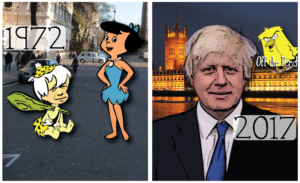 Anxious parents Betty and Barney Rubble had long given up hope of finding their son Bamm Bamm after he went missing from their Bedrock home in the 1970s. But as Betty tuned into BBC News to see how the UK general election was going, she got a shock. Her son was not only alive, but now the UK Foreign Secretary, going by the name Boris Johnson.

It was the morning of Dec 3 1972, when the Rubbles went to wake their 6-year-old son Bamm Bamm. But the boy wasn’t in his bed, or the house, or anywhere in the Bedrock community. Neighbour Wilma Flintstone said at the time:

The Rubbles adopted Bamm Bamm when he was left on their doorstep like a bottle of milk. And they’ve grown to love him as much as any parents love their son. He is a real tyke.

He and our daughter Pebbles are inseparable. I literally have no idea how to break it to her that we can’t find him, and don’t know when she can play with him again.