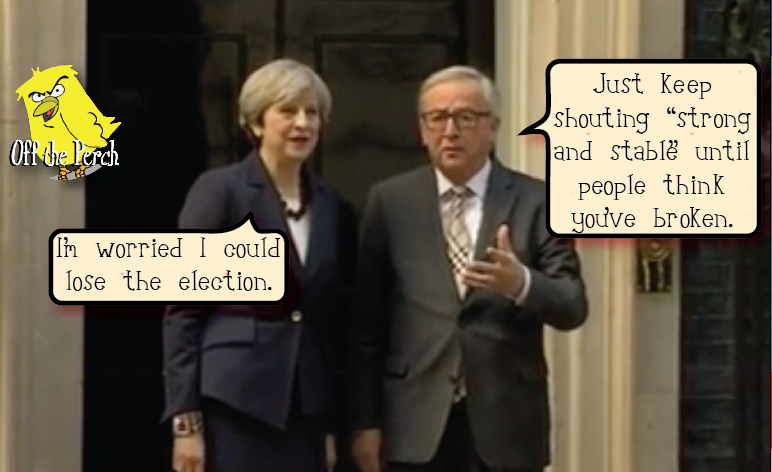 Theresa May held a press conference yesterday to accuse the EU of ruining her election chances. After May had finished her finger-wagging, one of the journalists raised a hand and asked:

How’s that then? Has the EU been running your woeful election campaign?

To which a manic-eyed May replied:

From EU to her

According to a Downing Street insider, May asked the EU for advice on how to win the election. The advice given to her included:

May has expanded further on her war against the people we’re supposed to be negotiating with:

The EU busybodies have been saying I don’t know what I’m doing for months, so I find it a little suspicious that they’re still saying that now. Even though I called a surprise election I said I wouldn’t during the crucial negotiating window!

Wait, did that make sense? Rats! Strong and stable! STRONG AND STABLE!

The Prime Minister then proceeded to stuff chips into her mouth and give everybody a thumbs-up as she was bundled into her austerity-copter and flown away.