‘Not fraud, just many mistakes that had the same effect’ say electoral investigators - Canary 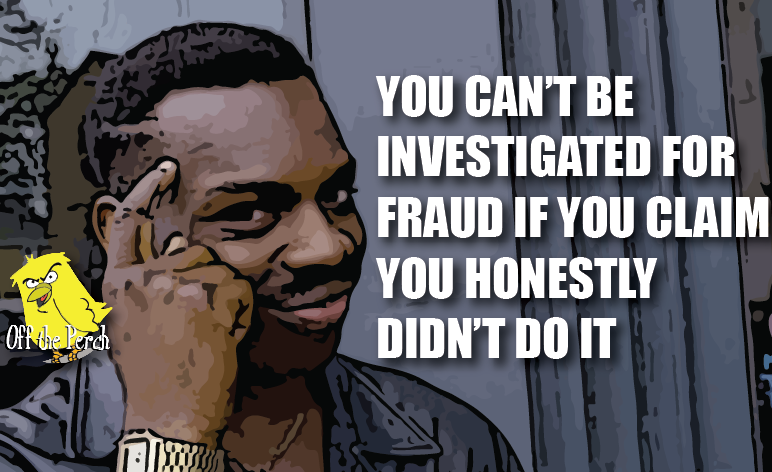 The Crown Prosecution Service (CPS) has finally returned its verdict on the Conservative election fraud scandal. And that verdict is:

It wasn’t fraud at all. It was just lots and lots (and lots) of mistakes that coincidentally happened to benefit them in exactly the same way that fraud would have done!

We spoke to a fraud expert to find out how this is a thing:

Well, it’s simple isn’t it. No one knew what they were doing. And ignorance is a defence if you’re rich. Did you not know that?

Our reporter explained that no, they did not.

Oh yes, we fancy folk can get away with a whole heap of things if we’re able to prove unawareness. For instance, I could strike you in the face right now, and as long as I looked the other way while I did it, I’d get off scot-free!

The rich expert then proceeded to strike our journalist in the face. We complained that they hadn’t even looked away as they did it. But unfortunately, the Independent Pleb-Striking Commission ruled that the expert had at least considered looking away, and that was good enough for them.

It really – and quite clearly – is one rule for us and another for them.

Simply not realising they’re breaking the law is enough to get them off the hook. Even if it actually looks like somebody certainly must have realised what was going on.

But at least we’ve got a chance to vote them out coming up.