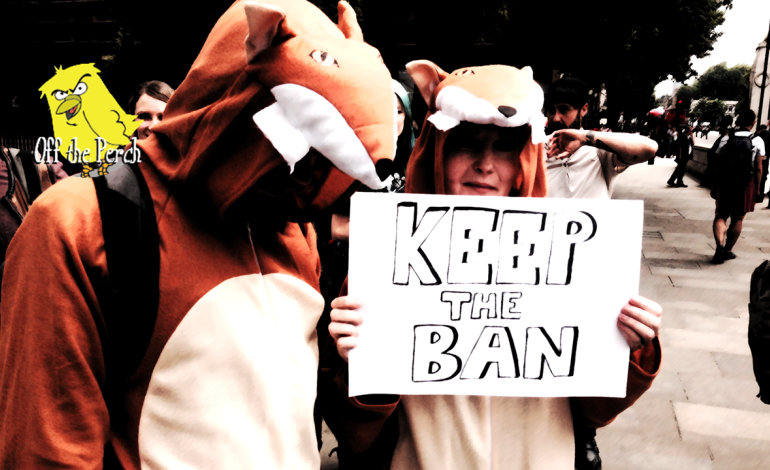 There was elation in Britain’s woodlands today as a national spokesman for foxes spoke out against Conservative plans to bring back fox hunting. Nigel Farage, leader of the Fox Liberation Front and elective MP for Surrey, has cast serious shade on the move. “Hairy, bitter and prone to biting, the Tories are a bigger threat to woodland mammals and Britain at large than us foxes,” he said. With a divisive general election ahead, what could be more fantastic?

‘Fox in a hen house’

Britain banned fox hunting in 2004 (in theory). Hailed as ‘cruel’, the sport is condemned by wildlife groups and angry Twitter warriors alike. During the height of hunting, around 25,000 foxes were killed each year. Astoundingly, 85% of these were later declared ‘fit for work’ by the Department for Work and Pensions. With the possibility of the act being reversed, foxes and humans alike are up in arms. FLF Spokesfox Farage said:

Theresa May is a fox in the henhouse. Fox rights are being repealed, the Fox Rights Act is under fire, and immigrant foxes are scared of being deported. It’s time for Britain to fight back against such abuses.

The Conservative government stands long accused of animal cruelty. Already under review for its abuse of humans, the fox debacle puts the party in a tough position. Earlier this year, Friesian cow Daisy spoke out against Theresa May:

She wore my brother as trousers. I don’t care that he voted UKIP, it’s just wrong.

They’re a threat to the NHS and to poor and disabled people, so surely hunting the Tories would be a more philanthropic national sport. Just imagine it, Sunday morning, scores of liberalists chasing tweed-wearing nationalists riding imported horses. Brilliant. Perhaps we could film it and donate the profits to noble causes.

Foxes’ suggestions have received profound support from other critters.

My people have been systematically decimated for years. It’s time to fight back. I will personally be riding a horse with a longbow.

After suffering years of horrendous abuse at the hands of rich flat-cap owners, it’s time to settle the score. I will be campaigning for the hunt.

Theresa May could not be reached for comment as she is currently seeking Dalmatians for unknown purposes.

No Conservatives were harmed in the making of this article.